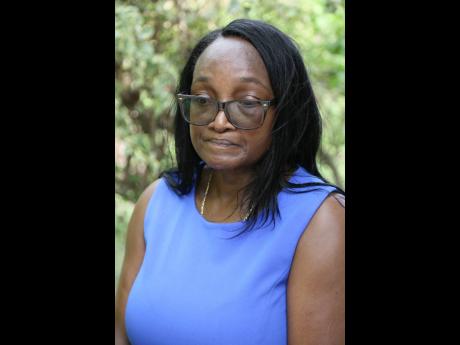 Nathaniel Stewart/Photographer
Evan Reader Clarke struggling to fight back the tears as mourned her brother, Delroy ‘Bess’ Reader, a taxi operator who was shot dead on Tuesday night in St Catherine. 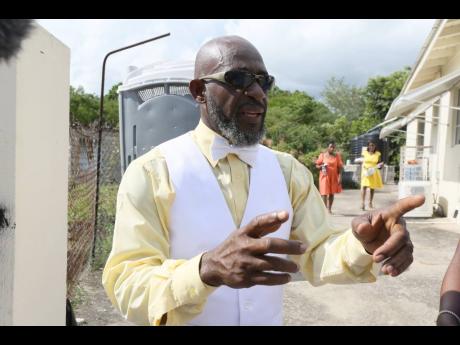 For the first time in three years, Evan Reader Clarke was looking forward to a vacation in Jamaica that had nothing to do with death. Arriving in the island on Monday, the only glitch for her was the funeral of a cousin who had died in England. She...

For the first time in three years, Evan Reader Clarke was looking forward to a vacation in Jamaica that had nothing to do with death. Arriving in the island on Monday, the only glitch for her was the funeral of a cousin who had died in England.

She was at home in Rosewell, Clarendon, on Tuesday night when a phone call shattered her emotions.

Her brother, 56-year-old Delroy Reader, had been killed.

It has been one tragedy after another for the Reader family, which lost 34-year-old Oral Morse, a nephew of Reader Clarke’s who was shot dead by gunmen a few years ago.

Two years ago, Reader Clarke lost her father. Last year, it was another of her nephews – a US Marine killed in a motorcycle accident. Now, it is her brother, Delroy, a taxi driver who plied the Old Harbour to Sandy Bay route.

According to the police, about 8:40 p.m., Delroy Reader and another man were patrons at a party at Bodles Crescent in St Catherine, when they were pounced up by gunmen travelling in a motor car, who opened fire, hitting them.

The police were alerted and the men were taken to the hospital, where Delroy was pronounced dead and the other man was admitted for treatment. The other patrons escaped unhurt.

Reader Clarke told The Gleaner that she last spoke with Delroy in May Pen on Tuesday.

“He came and opened the car door and said, ‘Sis, it’s been a while’, and gave me a hug. That was my last hug with my brother,” she said as tears welled up in her eyes.

Lloyd Reader, younger brother of the deceased, said he got the news while at his cousin’s wake.

“He is not a trouble maker,” Lloyd said of Delroy. “He is a people person. He knows everybody; everybody knows him. Sometimes we don’t take life as serious as you ought to, then sometimes the crack will open and I think it was one of those nights for him.”

Lloyd said he was struggling to accept the loss.

Reader Clarke, who is also in pain, said she has now given up on the land of her birth.

She said that Delroy was in the “wrong place at the wrong time and with the wrong person”, saying that innocent bystanders got caught up in a feud that had nothing to do with them.

“You don’t know who you are amongst, and this is the thing that makes me not want to come back. I love my country dearly. This is like one of my breaking points right now. Our plan was to come back and retire here, but with all that is happening around, my mind has been changed. We can’t even go out at night like we used to,” she lamented.

Julian Reader Nelson, another sister, reminisced on her brother’s jovial nature, adding that he could easily make people he had just met feel comfortable around him.