'My Past is Too Bad' 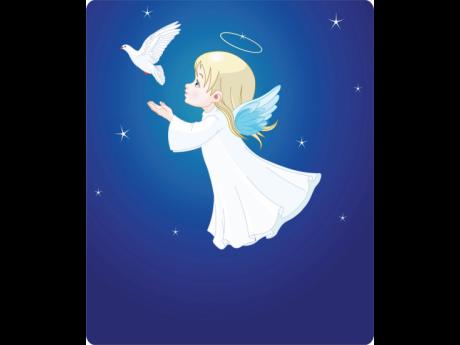 In the Bible, the Apostle Paul was responsible for turning thousands of people to Jesus Christ. "God did extraordinary miracles through Paul." Acts 19:11 (NIV). But Paul did not start there. He had a dark and shameful past.

In Acts 26, Paul was in King Agrippa's court defending his missionary actions. He had angered the Jewish religious leaders because many people were converting to Christianity. But Paul was not always Christian and said of himself: "I, too, was convinced that I ought to do all that was possible to oppose the name of Jesus of Nazareth ... . I was so obsessed with persecuting them (Christians)..." Acts 26:4-5, 11 (NIV).

Paul's life demonstrates that there is no past too dark to disqualify you from being used by God. His story shows us five secrets to breaking free of the chains of our past:

1. Paul had a life-altering encounter

When Jesus confronted Paul with his sin and offered him the opportunity to change, Paul surrendered. Overcoming our past begins with a life-altering moment when we realise that how we have been living is not pleasing to God.

Condemnation is one of Satan's biggest tools. Paul's sin was what got him down on the ground, but Jesus didn't let him stay down. He told him to get up.

Jesus Christ did not want Paul to live in condemnation and guilt, and He died so we wouldn't have to live in it either. "When you were dead in your sins ... God made you alive with Christ ... He has taken it away, nailing it to the cross." Colossians 2:13-14 (NIV).

What condemning voice are you living under? What voice rings loud in your ear anytime you start to step out and live your dream? A parent? a coach? Your own?

We silence condemning voices with the truth of who Jesus says we are.

3. Paul believed who Jesus said he was

When Paul came in contact with Jesus, he knew who he was in light of Jesus, not the labels anyone had put on him.

And we also must recognise who we are in Christ.

4. Paul was appointed and chosen

Jesus told Paul that he was appointed for something great. God also has a plan for you. He knows you personally - your temperament, your issues and your strengths. "For I know the plans I have for you," declares the Lord, "plans to prosper you and not to harm you, plans to give you hope and a future." Jeremiah 29:11 (NIV).

5. Paul's pain and past became his platform

God turned Paul's weakness into His witness. Jesus' intention was not only to forgive Paul of his past, but also to leverage it to impact others. Our darkest hour can become God's tool if we surrender it to Him. "My troubles turned out all for the best they forced me to learn from your textbook." Psalm 119:71-72 (MSG).

God wants to use the brokenness and darkness of your past as the platform for your future if you will allow Jesus to take it and transform it for His glory.