Commish believes feedback on his performance mainly based on murder trends 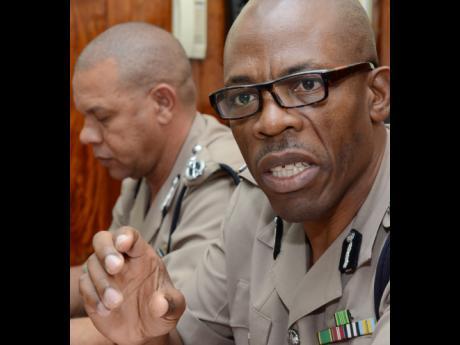 File Photo
Dr Carl Williams says people judge a commissioner's performance mainly based on murder figures and with currents trends on the rise, he does not expect positive feedback.

Dr Carl Williams says his time as Police Commissioner to date, does not indicate that he has been a successful crime fighter in the Jamaica Constabulary Force.

He says people judge a commissioner's performance mainly based on murder figures and with currents trends on the rise, he does not expect positive feedback.

Commissioner Williams has been credited as being instrumental in the development of programmes aimed at reducing the supply of illegal drugs in Jamaica and developing a task force to target lottery scamming.

It is part of the reason why, while speaking yesterday to Gerrard McDaniel on RJR's Palav, Dr Williams said he has been a "pretty successful police officer".

However, he notes that since his appointment last September, it has been a difficult journey.

He says the journey is even harder when there is an increase in murders, the key factor used by the public to judge a commissioner's performance.

Last week, he told a parliamentary committee that 1,038 people were murdered for the period January to October, representing a 22 per cent increase compared with the similar period last year.

The commissioner says he does not expect murders to pass the 1,200 murder figure recorded in 2013.

The JCF has received additional vehicles to assist members of the force with crime fighting initiatives.

The army has been called out to play a more active role in fighting crime.