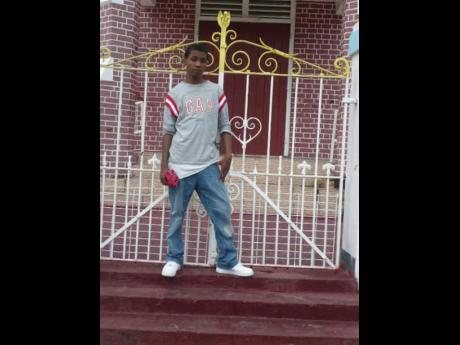 Kenardo Beech left several memories no one can steal. His family and friends will hold them dear.

When you define determined, you have defined him.

When you define positive, you have defined him.

When you define hopeful, you have defined him.

Kenardo Martin Beech was born on September 12, 1997 in St Catherine to parents Angella Joan Davis and Michael Beech. He called several places home, spending some of his childhood in the Spanish Town community of Chambers Lane.

He later moved to Toronto, Canada, and, during his teenage years, he came back to Jamaica and stayed in De la Vega City up until the time of his death.

Eighteen-year-old Beech enjoyed playing football, reading books, especially his Bible, and he loved to socialise. He received his education at Angels Primary School and Ascot High School in his home parish.

"He was always looking towards a better life, and I was really happy when he started HEART because he put a lot of effort into going and he tried very hard to become a better and certified young man," his sister said. Beech attended the Portmore Heart Academy, where he was a part of the CAP programme, where he was training to become a welder and a mechanic.

"He always looked towards becoming a bigger and better person. He wanted to own and operate his own welding and mechanic business," his sister reflected.

He had three siblings who always supported him in all that he attempted to do. Reanna White, Kenisha Beech, and Andrian White never failed to support and encourage their brother and, as a result of this, they are sad to know that he never got the chance to accomplish his dream.

Beech trusted in the Lord and accepted him as his Saviour. He attended the Gateway Deliverance Centre. He was a positive young man who always set out to do his best.

Beech died in September 28, but his family has not yet decided on a date to celebrate his life. They think about him each day and they will always remember his kind nature.