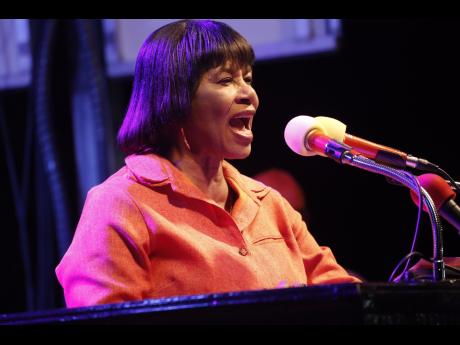 Simpson Miller ... Comrades, prepare for that great day when I call it, we will win it.

People's National Party President Portia Simpson Miller wants Hanover's two constituencies to be in the winning column for the party when Jamaicans go to the polls in the next general election.

"Comrades, prepare for that great day when I call it, we will win it," she said. Simpson Miller also took several jabs at the Jamaica Labour Party including what she called its fixation of the election date.

"Comrades, I hear some people in the outside complaining about when the date will be announced.  But they called for it to be announced after the voters list was ready. Now they complain that it is taking too long. We will not be instructed by them," Simpson Miller said.

Three weeks ago, Simpson Miller called off plans to hold a general election this year.