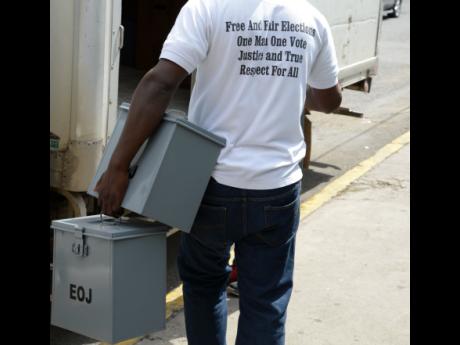 Arguing that tense climate in two constituencies could undermine the integrity of the electoral process, the Governing People’s National Party (PNP) has written to the Electoral Commission of Jamaica (ECJ) seeking to get two sets of polling stations relocated.

The polling stations about which the PNP have concerns are located in St Catherine East Central, where the Jamaica Labour Party’s Arando Terrelonge is challenging the PNP’s Arnaldo Brown, and St James North West where the JLP’s Horace Chang faces off with the PNP’s Anthony 'Shuka' Henry.

“The two areas have experienced some amount of tension over the last few months. We believe that what could help the situation come Election Day is that we look very seriously of moving the polling stations from where they are now to elsewhere in those constituencies where voters will be able to excise their franchise very freely,” the PNP’s campaign spokesman Delano Franklyn said.

But with the seat classified as a battleground, the PNP now feels that many of Brown's supporters from Portmore Villa are fearful of travelling to Gregory Park Primary to cast ballots in Thursday’s general election.

Brown got 107 to Buchanan’s 63 in Poling Division 12, one of the polling stations about which the PNP has concerns.

In North West St James, the PNP's campaign team has already written to the ECJ to raise concerns about “the prospect of serious electoral irregularities” in the Flanker area of the constituency.

Flanker has been a hotbed of criminal activities in recent times.

On Nomination Day, a JLP motorcade was shot up, leaving one person dead and three injured.