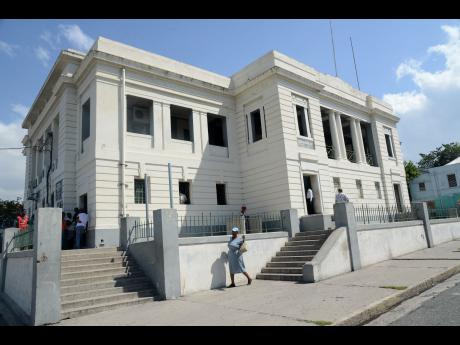 There was reportedly intense debate during the magisterial recount for the St Mary South Eastern constituency over the acceptance of a dot placed beside the symbol of the bell as a valid vote.

The bell is the symbol used by the Jamaica Labour Party.

The acceptance of that ballot means that the JLP’s Dr Norman Dunn has narrowed the margin of victory for the People’s National Party’s Dr Winston Green to eight votes.

The Gleaner/Power 106 News Centre has been told that lawyers for the PNP argued that a dot cannot be counted as a vote.

However, the magistrate decided to accept the dot as a valid mark in favour of the JLP.

Yesterday, JLP attorney Frank Phipps said one of the major issues being faced by officials was whether to accept symbols other than the stipulated X that is usually required to vote for a candidate.

The recount is to continue this morning at the Sutton Street Corporate Area Resident Magistrate's court in Kingston.

Phipps has said it should be finished by Saturday.

The St Mary South Eastern seat was won by Dunn in last Thursday's election, but the result was reversed in the final count with Green winning by nine votes.