Large Abroad | Getting to the heart of sufferation 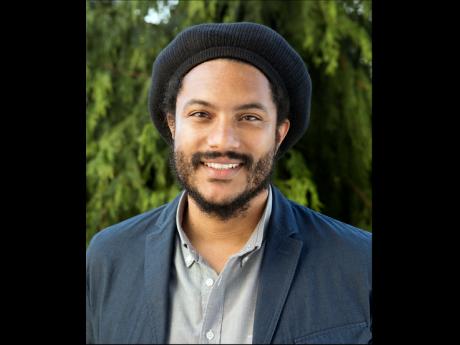 Sufferation is one of those unique words that has come to characterise poverty in Jamaica and its prominence in the local narrative has long fascinated Dr Jovan Scott Lewis, Assistant Professor of African American Studies and Geography at University of California (UC) Berkeley.

Having spent his early years between Freeport in Montego Bay and Lauderhill in Florida,  Lewis is acutely aware of what he describes as the "diasporic sensibility of contrast and similarity".

This he said laid the foundation for his intellectual interest in the study of culture through anthropology.

"It helped me see, appreciate, and understand Jamaica from many vantage points," he said in response to questions from The Gleaner.

The son of Florida-based reggae broadcast icon, Jerry "cultureman" Lewis, who earned his masters at age 24, revealed that his interest in academia was sparked through reading the writings of Caribbean intellectuals such as Frantz Fanon, Walter Rodney, Marcus Garvey, CLR James, and Eric Williams.

"My specific interest in anthropology came much later as I considered what degree to pursue in university, and the study of culture and society felt very natural," he explained.

According to Lewis, his decision to pursue terminal studies at the London School of Economics (LSE) was driven by the fact that his grandfather had studied at the University of London and also the similarity of his research interest with work done by LSE anthropologists.

"I did my research in Jamaica on the question of 'sufferation', which was a phrase I had heard since I was young. It was a phrase that seemed to have an implicitly understood meaning, but without direct translation, and that's what made it interesting. And by looking at sufferation through the accounts and discourses of everyday people I determined that there are several ethical frameworks of understanding lived hardship, which I argued were borne out of particular formative moments in Jamaican political and economic life," he shared when asked about his PhD thesis.

As the co-lead of the Economic Disparities Research Cluster at the University's Haas Institute for a Fair and Inclusive Society, he coordinates research that helps provide insight into issues concerning poverty and various kinds of inequality while fulfilling his teaching and writing duties as a faculty member.

Now in the process of completing his first book, Lewis plans to pursue further research projects looking at democratic socialist cultural politics in Jamaica during the first half of the 1970s and Diaspora outreach as a development programme in Jamaica.

He has urged young Jamaicans to consider pursuing studies in the field of anthropology as the skills in this area are highly sought after across many industries.

"My specific advice would be to read ethnographic anthropology texts to see what area of the discipline interests them, and then to reach out to specific anthropologists they come to admire through that reading about what next steps to take. I did something very similar early in my initial inquiry when I reached out to a Jamaican anthropologist working at Columbia University in New York," he said.