Cliff Notes: a celebration of achievement 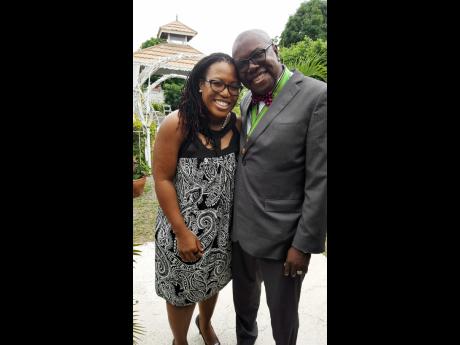 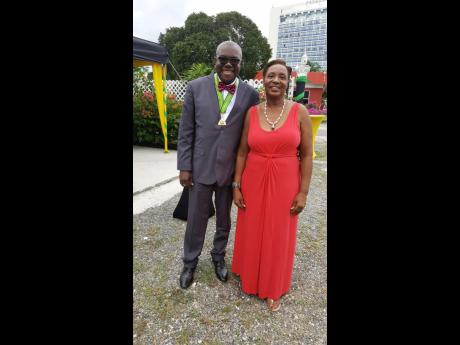 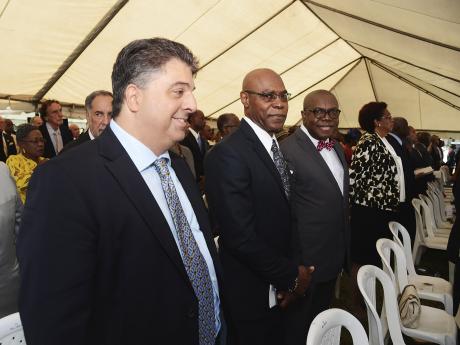 Gladstone Taylor
From left: Joseph Issa, E.G. Hunter and Cliff Hughes are spotted in their waiting area at King’s House. 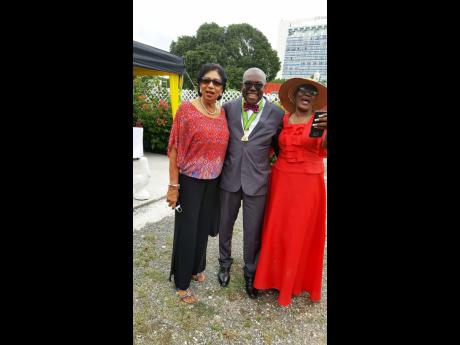 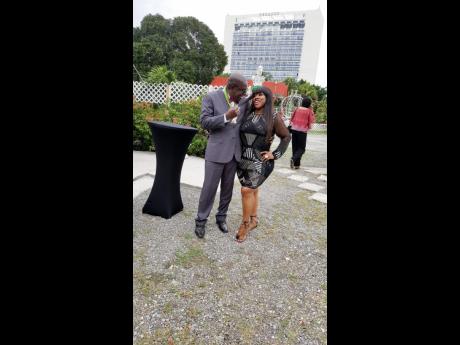 Contributed
”Which one is this now, Kitty? Where it come from?” Cliff Hughes asks entertain-ment journalist Miss Kitty of her mane.
1
2
3
4
5

To celebrate his mammoth milestone, friends of journalist par excellence Cliff Hughes, CD, organised a celebratory luncheon in his honour at Oasis on the Oxford on Monday.

Many of the invited guests had, that morning, witnessed his confident strides at the Ceremony of Investiture and Presentation on National Honours and Awards at King's House. But most of them were drawn from family members and friendships formed over the years, and corporate Jamaica.

They also included media colleagues, members of the two major political parties, neighbours, and persons from various walks of life who had been impacted by Hughes' 30-year body of work.

With soothing melodies in the background, ample food and drink, and titillating conversation at tables, the tributes to a man well deserving of the honour were greeted with loud applause.

In his thanks to everyone, Hughes said he had made the journey with constant support from family and friends, as well as the Jamaican public.

"The award is important, but I did not set out to win it. I just wanted to be the best journalist I could be."

He spoke about the struggle and the hardships that his mother went through to ensure he and his siblings got a good education.

"I am very fortunate to have been bred in an environment where I knew how to struggle and fight; we know what it is to be hungry, but Mom was a tower of strength. We had to get a good education," he said. "But this is one leg of the journey. There is more work to be done," he concluded.

Hughes made special mention of his teacher, Alma Mock Yen; daughter, Janelle; and the women in his life, particularly Fay Hutchinson and Lorraine Clunie. Highlight of the event was a surprise telephone call from his mother, who resides in New York and was not able to make the journey home. She expressed pride in her son's achievement.

The consensus was that the award, though well deserved, was long overdue. Hughes has established himself as one of the premier practitioners of journalism in Jamaica and is the best in-depth interviewer around. He is always prepared and has an inquisitive mind.

He is fierce, fearless, objective, and brings a certain class to journalism.

His colleagues and staff described him as a mentor with an eye for detail. He is also hailed as a fantastic teacher who is well respected, pays keen attention to women. He is also said to be a political animal and is guided by love.

National Honour came as Shock for Cliff Hughes
Salute to service - Gary, Glenroy among more than 140 conferred with national honours and awards