Caribbean Immigration Services director not surprised at US remittance tax 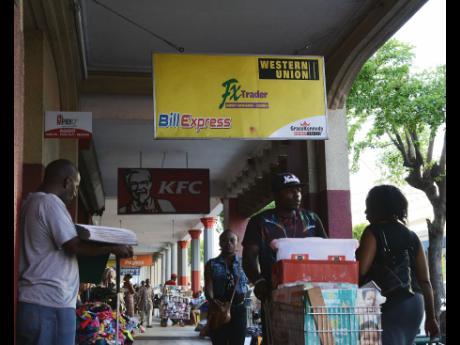 Managing Director of the New York-based Caribbean Immigration Services, Irwine Clare, says he’s not surprised by the decision of the United States to propose legislation to tax remittances sent to countries like Jamaica.

The tax would be used to fund the wall President Donald Trump campaigned on and insists will be built at the US border with Mexico to curb illegal immigration.

It is to amend the Electronic Fund Transfer Act by requiring a charge of two per cent on the US dollar value of any money being sent to Jamaica and 43 other countries covering Latin America.

Clare says it is not surprising that the US would find another means to fund building the wall after Mexico flatly rejected paying for the construction.

He says Diaspora groups will oppose it even with the US House of Representatives and Senate in Republic hands.

However, he argues that a strong opposition should not be expected.

Data from the Bank of Jamaica indicates that Jamaicans at home received about US$2 billion in remittances from overseas last year.

That’s about 16 per cent of Gross Domestic Product.

President Trump proposed US$1.5 billion to build the wall as part of a spending bill that must be pass by Friday to avert a government shutdown.

However, yesterday the plan was withdrawn after Democrats insisted they would not support the measure.