Doctor’s Advice | Should they have sex with a rich couple? 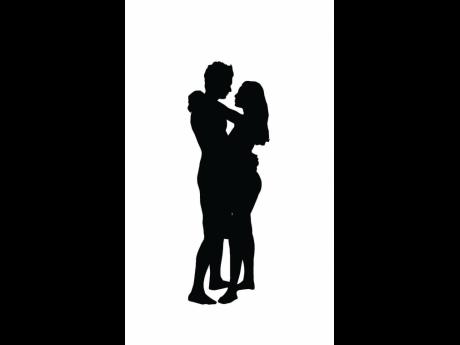 Q Doc, My fiance and I are both 19 years old and we have a good sex life. We hope to get married in a year's time.

Something odd has happened. A middle-aged couple, man and woman, both still very attractive, who live on the north coast, have taken an interest in us. I believe they are quite rich. Certainly, they have a big house! They have assisted us with our studies and also provided us with some financial help.

Recently, they invited us over for supper to discuss something. I had some crazy idea that maybe they wanted to adopt us, as they have no children.

But no, it wasn't that, Doc. After we had some food and a couple of wines, they started talking. To my amazement, their idea was that we should become 'sex partners' with them. They said that they are well-off and that they would give us some money for this.

In other words, there would be what people call a 'foursome'. I think my fiancÈ would be expected to have sex with the lady, while I had sex with the guy. I must admit that for me, it would be possible because this man is in good shape and real kind and friendly. I could imagine being sexed by him.

My fiance is not so sure, but he does admit that the lady has a lovely body and a beautiful face. He says that he could be persuaded.

Also, this couple told us that there would be an element of voyeurism, but I do not know what 'voyeurism' is. Can you help, Doc? And what do you think we should do?

A I do not like the sound of this. Let's be blunt. If this couple is going to give you money for 'performing', you would be engaging in a sort of prostitution. It might be quite 'high-class' prostitution, but it is prostitution all the same.

The word voyeurism means obtaining pleasure through watching other people having sex. So I guess that the couple would like to watch you and your fiance have sex. Probably, the guy would enjoy watching his wife being sexed by your boyfriend, and probably, the lady would like to see her husband having intercourse with you.

These are really very murky waters, and they could get murkier! For instance, the rich couple might want to film you having sex, and it's quite probable that, eventually, they might want to introduce other folks into this 'swinging scene'.

Very important, I think that having sex with this other couple could really mash up the nice, loving relationship that you seem to have with your fiancÈ. This would be no way to prepare for your married life together. Please don't do it!

Q I have just had a baby, so I am very happy. My doctor wants to put me on the mini Pill. Why? Is this a low-dose version of the Pill?

A No, it isn't. The ordinary Pill contains two hormones. The mini Pill only contains one, so it is considerably milder than the real Pill.

It is used a lot by women who have just given birth. The reason for this is that, unlike the ordinary Pill, it doesn't interfere with the supply of breast milk.

Please bear in mind that the mini Pill must be taken every day about the same time. Please don't be tempted to have any breaks. You don't have a week off every month!

I read an old scouting book which said that this would be real bad for my health. Is this true? Is twice a week too much?

Q Please relieve my mind, Doc. If a boy puts his finger inside the vagina, does that take away the virginity?

A No. Legally, only sexual intercourse can remove a girl's virginity.

However, putting anything inside the vagina can break the hymen (or 'virgin's veil'), which partly closes off the vaginal passage. For instance, a tampon can easily do that.

But even if your hymen has been broken by a finger or a tampon, nevertheless, if you haven't had sex, you are still a virgin.

Q As a male virgin, I am bewildered by girls, Doc! Is it true that when they reach an orgasm, they always produce a jet of fluid? One of my fellow students told me that.

A The scientific truth is that a minority of females do produce some fluid at the moment of climax. There is continuing debate about exactly what this liquid is.

But the majority of women do not ejaculate (produce fluid) when they orgasm.

Q I have used the morning-after pill a couple of times, but I did not like it, Doc.

I heard that there is something called a morning-after coil.

Is this any good, and where can I get it?

A I feel it would be wiser to start using a common-sense method of contraception before you have sex. For instance, you could go on the Pill or the shot, or you could simply use condoms (male or female).

The post-coital pill (often called the morning-after pill) is pretty effective, but I don't think you should make a habit of using it. The makers do not recommend repeated use.

Yes, it's true that there is an alternative, sometimes called the morning-after coil. This is just an ordinary copper IUD (intra-uterine device), which is inserted into the womb by a doctor or a nurse. If it is inserted within five days of unprotected sex, it will almost always prevent pregnancy. It does not cause an abortion.

One of its advantage is that once it's in, it will protect you against conception for as long as you like - for several years, if you so wish.

The big problem with the post-coital coil is finding a doctor to put it in within the time limit of five days. But there are definitely doctors who will do this for you.

Q My girlfriend is always asking me to make her pregnant because she is so desperate to have a baby. We are both 21, but I do not want a child at the moment. I don't have enough money, Doc, so I actually avoid intercourse. We just kind of 'fool around', like she giving me hand-jobs or oral sex.

However, she has been threatening me with idea that she might collect some of my sperms and put them into herself and thus conceive! Would this work, Doc?

A I'm afraid that she might very well be successful, so take great care with what happens to your seminal fluid.