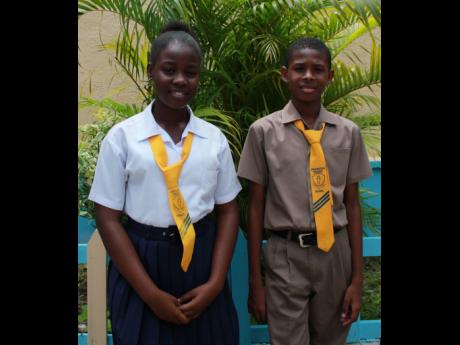 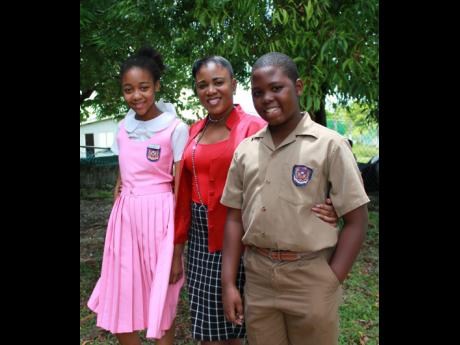 Clarke and Fraser, who are both from Galina, scored 99 per cent and 100 per cent, respectively, in the maths examination, an achievement the students put down to hard work, fastidious revision, and perseverance.

Clarke, who hopes to be a lawyer, told The Gleaner: "It feels good to know that I achieved good grades in the GSAT exams because I did my best, and practised everything my teacher gave to me over and over until I got it."

Fraser, who plans to become a doctor, said: "I'm absolutely elated about my results. Preparing for the examinations was hard, but when it was time to study, I just took up my books and turned off the TV because that can be very distracting."

Similarly, the head boy at Iona Preparatory School, Kirk Boswell, agreed that in order to achieve good results, exam students must be determined and single-minded.

Boswell, who scored 92 per cent in maths and Languages, explained: "For me, the hardest thing was that I had a lot of distractions, because there is a lot of noise where I live. But I just shut the door and tried to concentrate and stay focused."

Elsewhere in the parish, Velda Thomas, principal at St Mary's top-performing primary school, Gospel Chapel Preparatory in Annotto Bay, noted that her most successful student was severely immobilised during the time of the her exams.

Thomas said: "Our student with the highest grade will be going to Holy Childhood next year, and what is remarkable about that achievement is that just two or three or weeks before the exams, she sustained injuries in a motor vehicle accident and had to do the exam from inside the hospital."