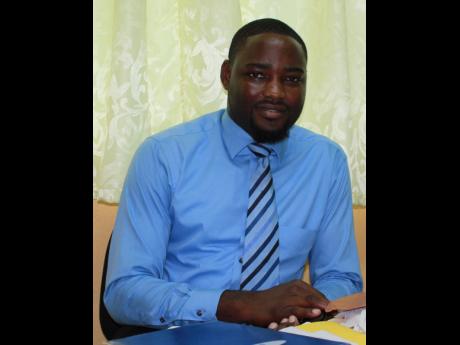 School guidance counsellor Andre McFarlane is concerned by the overwhelming absence of responsible male role models in St Mary and believes that going to church can have a positive and stabilising influence on young people.

Speaking from his office at Oracabessa High School in St Mary, McFarlane, who has worked in the parish's education system for the past six years, said that if parents want to ensure that their children grow up observing the right moral codes and values, they should consider sending them to Sunday school.

He told Family and Religion: "I think the Church plays a big role in the school system because you can differentiate who attend church from those who do not, in terms of how they act and respond in certain situations. I really think sending your child to Sunday School is a good idea because students who have a relationship with the Church tend to be a little bit more balanced. You can see it in their behaviour.

"Sunday school is exactly the same as a school setting where students come inside and interact. When they are coming from the Church, which is a type of learning institution, and go into school, they are better prepared and it helps them learn certain principles, like how to deal with minor conflicts and fights, before they come to school."

McFarlane, who was born and raised in St Mary and worked in two of the parish's primary schools before going to Oracabessa High in 2014, claims that the most challenging part of his job is dealing with cases of sexual abuse and the fallout from the breakdown of the traditional family.

He explained: "One of the biggest issues I come across is the lack of involvement parents have in their children's lives, especially the father figures. In St Mary, I would say around 80 per cent of students are without a male figure in their household. Some would say 90 per cent, but I would reduce that to include the role played by stepfathers.

McFarlane notes that the lack of parental guidance is not solely restricted to the boys. He said: "When girls are going through puberty, they don't always communicate with their parents about what's going on. So you will find that at school, addressing students about simple things that relate to the [menstrual] cycle is really down to you as the guidance counsellor. You believe that would have been done at home, but that's not always the case."