Under siege! - Residents of Oliver Road in Rockfort beg for help as gangsters clash in the community 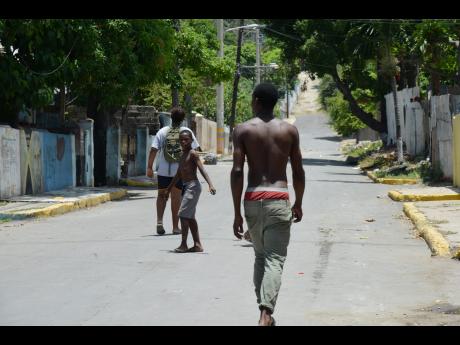 Rudolph Brown
Residents of Oliver Road in Rockfort say they are under siege from thugs. 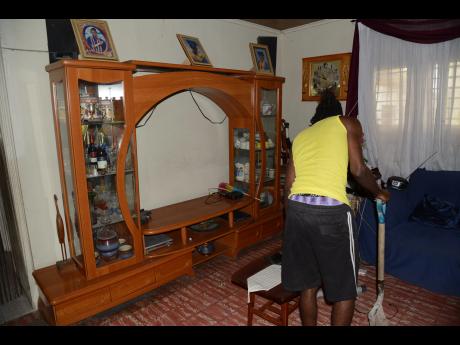 Rudolph Brown
A resident of Oliver Road points to the empty space where his flat-screen television was placed before it was stolen by gangsters during an attack last Wednesday. 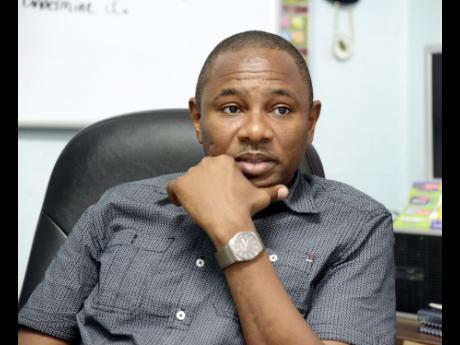 Following a reported assault on their community by an estimated 30 men armed with high-powered weapons last Wednesday, residents of Oliver Road in the east Kingston community of Rockfort are pleading for help as they say they are living under siege from gunmen from the nearby Jarrett Lane.

One man was killed in the Wednesday attack, following which, crime chief for the East Kingston Police Division, deputy Superintendent Christopher Brown, said that approximately 300 assorted spent shells were found in what he described as a shoot-out among gangsters.

Brown said that while the police responded to the gunfire on Wednesday, the large number of gunmen, and their surprise attack, from varied approaches, limited the efficiency of the cops.

"Information is that men from Oliver Road might have joined with some from Jarrett Lane and they are leading them back around there," said Brown.

"We are hearing some names, but just hearing those names without a written statement is no good," added Brown, as he said the police have heard about a particular man from Oliver Road, who has reportedly joined forces with the Jarrett Lane gangsters.

Last Friday, several Oliver Road residents told our news team that the ongoing gang feud needs the intervention of their political representatives as the area faces daily attacks from thugs from Jarrett Lane.

The fearful residents shimmied along gunshot punched fences on the road as they denied that gunmen from Oliver Road were the ones fuelling the violence.

"How we must be the aggressor? Look on Oliver Road how the place stay and go 'round a Jarrett Lane and look if anywhere around there look so," said one woman, as she charged that gunmen from Jarrett Lane have been killing youths from the area, stealing items from houses, and threatening to rape the women.

She pointed to the upper section of Oliver Road, which is like a ghost town, with abandoned houses and bullet-riddled fences.

In last Wednesday's attack, the gunmen looted some houses, their preference: flat-screen televisions, three of which they took from the owners at gunpoint. They also damaged other furniture.

"When the shot dem start fire, we run go around the back because we didn't want any stray shot catch us. Soon after we hear them kick in the door and ask a who live here," recounted one man.

"Me auntie go out there and same time dem say 'a dis we come for'," he continued, relating how two gunmen tucked away their weapons before hoisting the family's 58-inch television set off its stand and out the front door.

"The man dem seh a fi dem house dem that up the road and when the war done, dem a go rent dem out. Nobody no live up deh again and the man dem want to come further and further down," said another youngster, as he pointed to a section of upper Oliver Road, marked with bullet holes and debris set out as roadblocks against drive-by attacks.

The Oliver Road residents also rejected police reports that an influential resident of their community was behind a lucrative scamming ring, which has sparked the latest round of violence.

They claimed that story was concocted and fed to the police by Jarrett Lane residents.