Denbigh showground to be available for more events 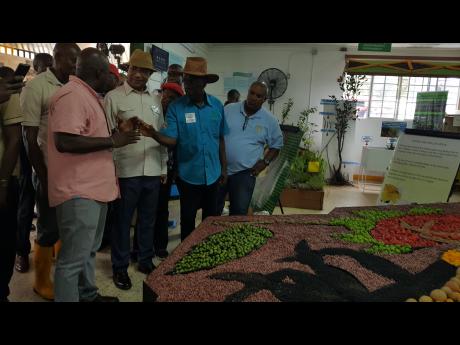 President of the Jamaica Agricultural Society (JAS), Norman Grant, says the Denbigh Showground is now open for persons to stage events, instead of just the usual three days for the agricultural show every year.

"We have opened a weekly farmers' market as part of the strategy to utilise the Denbigh Showground," Grant said on August 6, as he addressed patrons who attended the Denbigh Agriculture Show, which was held from August 5-7.

He told the audience that all the strategies were part of plans to make the Denbigh Showground into a centre of excellence.

Grant said that at the upcoming board meeting in September, he will propose that the entire block around the President's Pavilion become the Caribbean's first agricultural museum.

"We want to see the entire journey of agriculture depicted here on the Denbigh Showground, where people can come and see and learn about agriculture in Jamaica and the Caribbean," he argued.

He also noted that the lease arrangements for pavilion holders will be reviewed and they will have to use them regularly for the development of agriculture.

"We want to make sure that if someone wants to know about agriculture in Jamaica and the region, the place to come is the Denbigh Showground. We will open it up to schools and the tourism sector so that it can be recognised as part of our tourism product," Grant said. These initiatives will help to generate income for the Denbigh Development Com-pany, he pointed out.

Governor General Sir Patrick Allen congratulated Jamaican farmers who have expended their time, energy and effort to ensure that agriculture remains among the main contributors to national development.

In a speech read by Custos of Clarendon William Shagoury, the governor general under-scored the importance of agriculture to Jamaica, which has been a mainstay of many rural households for generations.

"It is through farming that many rural men and women are able to feed themselves, educate their children and maintain their households," the governor general said.