More funding available for small players in the tourism sector 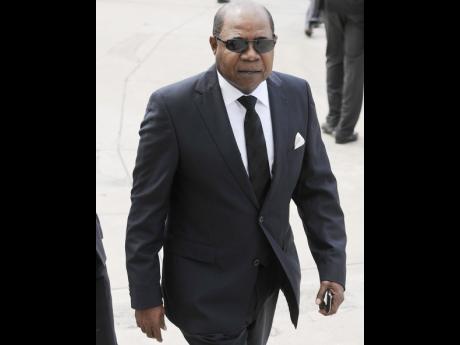 Jamaica's Export-Import Bank (EXIM) has disbursed a total of $311 million to at least 22 small and medium-sized tourism enterp-rises (SMTEs) under the billion-dollar revolving loan fund being administered by the bank.

Tourism Minister Edmund Bartlett announced Wednesday that an additional $350 million was being pumped into the programme to assist SMTEs who play a vital role in the tourism value chain.

The EXIM Bank reported that up to August 29 it had received 28 completed loan applications, totalling $509.9 million, under the SMTE loan programme.

Speaking at a press conference at the Ministry of Tourism in New Kingston to provide an update on the Tourism Enhancement Fund (TEF) and EXIM Bank loan facility, Bartlett said that the financing has supported SMTEs in the areas of attractions, small accommodations, gastronomy, shopping networks, manufac-turing, spa and wellness, domestic tours, and car rentals.

The EXIM Bank offers loans to SMTEs at five per cent interest, over five years.

"The demand has been strong, the take up has been excellent," said Bartlett, who praised businesses that accessed the loans and which have created addi-tional jobs in the tourism sector.

According to Bartlett, the on-lending of funds by EXIM Bank to SMTEs has contributed to the continuation of growth in the tourism sector.

"We remain one of the few labour-intensive sectors, and we directly employ 106,000 Jamaicans, while generating indirect jobs for one in four persons linked to sectors such as agriculture, the creative and cultural industries, entertain-ment, and manufacturing, among others."