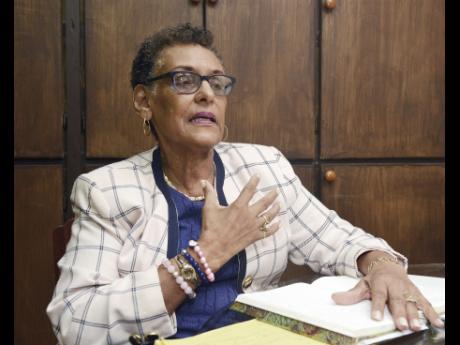 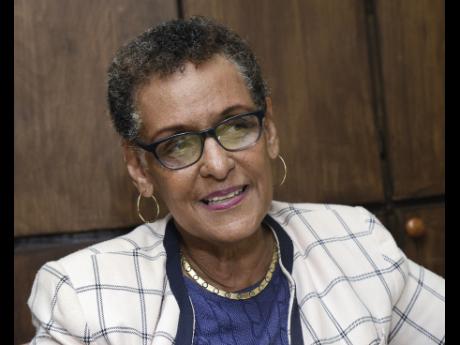 Her sister had died from breast cancer 25 years earlier. As a result, Marguerite Anderson paid close attention to self-examination. She constantly checked for lumps in her breasts. She never found any. However, what she found while on a routine visit to her cardiologist for a heart condition on January 27, 2016, would change her life forever.

Anderson, 66, is a wedding planner. She operates Petals and Promises Limited off Waterloo Road in St Andrew and can be described as a workaholic. She has been married to Victor Anderson for 47 years. Together, they have two sons, one daughter, two grandsons, and two granddaughters. That is the family Mrs Anderson would come to lean on heavily for both emotional and economic support after the devastating news of a breast cancer diagnosis.

The breast cancer survivor recently took time out of her busy schedule to share her experience with The Gleaner, in particular, the economic cost of treating a disease that each year, affects hundreds of Jamaicans women across all social and economic groups.

"When I was diagnosed, I thought right away that we had both done it all," Anderson told The Gleaner as she recalled how close she was to her late sister.

January 27, 2016 is etched in her mind forever. It was a routine visit to her doctor. After exchanging pleasantries, the doctor asked her if she had noticed anything different about her body. Anderson said no, except for the fact that her left breast appeared a bit discoloured and felt heavy. The doctor examined her, and in that moment, everything changed. "I totally saw a different expression on her face," said Anderson. "When I saw that she had become almost white, I knew it was serious. She told me I had to get a mammogram and anultrasound done immediately.: This, notwithstanding the fact that she had had a mammogram done only six months earlier. Anderson recalled that the doctor said: "We are not going to debate this. You are going to have it redone now."

One of the things that happens quickly with a breast cancer diagnosis is the costs, which accumulate rapidly. Anderson, with no personal insurance, had to find $20,000 for the mammogram and ultrasound that same day. Two days later, she had to find in excess of $30,000 for a biopsy. When the doctor called on February 5, 2016 with the results of the biopsy, Anderson was ordered to do surgery immediately. While she delayed for a second opinion, she was soon faced with a bill for $1.2 million since the doctor, a family friend, whom she had consulted, told her to go along with the earlier recommendation. He, in turn, recommended that she have the surgery at the private Tony Thwaites Wing of the University Hospital of the West Indies because of her prior heart condition. The money would cover the fee for the surgeon, his assistant and the anaesthetist.

"It's not like we had $1.2 million sitting down in a bank to go pay for surgery," Anderson revealed while speaking with The Gleaner at her Waterloo Road office.

Her husband, who had health insurance through his company, soon applied to his insurance provider, which turned out to be quite cooperative. She did not elaborate, but Anderson said the National Health Fund also assisted.

No amount of family love prepared her for what happened next.

Marguerite Anderson had surgery on February 25, 2016.

After surgery, the costs continued to mount. Anderson said that it was while talking to a friend on March 11, 2016, that she got some financial support from Consumer Brands, a distributor of women's products. That made a big difference as by then, other bills were piling up.

Other costs, including hormone receptor studies for treatment purposes, were done. But for her husband's insurance, the family would have found it difficult to meet these costs.

Her worst fears were confirmed on May 3 during her first visit with the oncologist. She was told that she needed chemotherapy. She immediately asked about hair loss. Said Anderson: "Cancer, OK. Mastectomy, OK. Chemotherapy, not so OK."

On that day, she started six months of chemotherapy, which she described as horrible. She said that she experienced all predictable side effects and more. She recalled feeling depressed, distraught, and despondent. This was where the support from a loving family helped. Anderson, who kept a journal detailing her experience, said her eldest son would sit with her during the two and a half hours of chemotherapy.

But no amount of love from her family would prepare Anderson for what happened next. Home alone on May 18, Anderson awoke to find her hair on her pillow. She was totally bald, a side effect of chemotherapy. In panic, she called her husband only to be told, "Don't worry, honey. It will grow back stronger and healthier."

Not satisfied with the response, Anderson telephoned her sister, who told her the same thing. She admitted to crying for the entire day, but soon told herself that it was not the end of the world.

The chemotherapy sessions alone cost about $300,000. There are blood tests every three months at a cost of $10,000, and physiotherapy sessions cost $20,000 per week. These are among the costs for the breast cancer survivor that include a daily pill every day for five years at $20,000 per month and a bone scan every six months costing $30,000.

Anderson has since started a support group for persons affected by chronic diseases to share their experiences. She said that it is important to find someone you can share with who is walking the same journey.