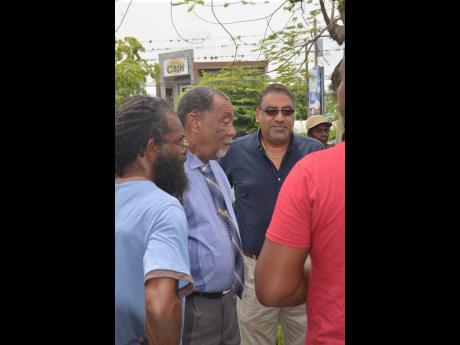 News last week that members of the political directorate in Westmoreland have come out in support of the squatters on an 867-acre property in the parish has prompted Sunday Gleaner reporter Erica Virtue to re-examine the ruling handed down in 2011 by Justice Ingrid Mangatal when the matter was first heard in court.

In her ruling, Mangatal called on lawmakers to re-examine the law relating to adverse possession which gives squatters the right to claim ownership of lands they occupy for 12 years or more, and 60 years in the case of government property.

"I think it may well be high time for our legislators to re-examine the Law of Adverse Possession, certainly in relative to registered land and to effect legislative changes similar to those which have occurred in England ... ." said Mangatal.

She pointed to a ruling by British jurist Lord Bingham of Cornhill who noted that "as a result of the registered owner's inaction, the adverse possessors enjoyed the full use of the land without payment for 12 years".

"As if that were not gain enough, they were then awarded, by obtaining title to this considerable area of valuable land without any obligation to compensate the former owner in any way at all.

"In the case of unregistered land, and in the days before registration became the norm, such a result could no doubt be justified as avoiding a protracted uncertainty where the title to land lay.

"But where land is registered, it is difficult to see any justification for a legal rule which compels such an apparently unjust result, and even harder to see why the party gaining title should not be required some compensation, at least to the party losing it. It is reassuring to learn that the Land Registration Act 2002 has addressed the risk that a registered owner may lose his title through inadvertence ... ."

Mangatal further noted the problems surrounding efforts by the estate of John and Kathleen Eugster to claim the property and the moves to prevent this by persons who have been living there for decades.

"This matter has been plagued by violence and allegations of deaths linked to this land dispute on both sides. That is a grave and unfortunate situation that is far too prevalent in this country. I trust that there shall be no more such occurrences and that this dispute can be concluded in a law-abiding and civilised manner," said Mangatal.

Save us, ‘Uncle Sam’! - Westmoreland squatters want Karl Samuda to do for them what he did for Red Hills Road squatters
Bloody past, uncertain future - Little Bay residents fear the worst as they face eviction
McNeill urges more discussions on Little Bay squatters
Tension rising over Little Bay property
Westmoreland students to celebrate World Wetlands Day