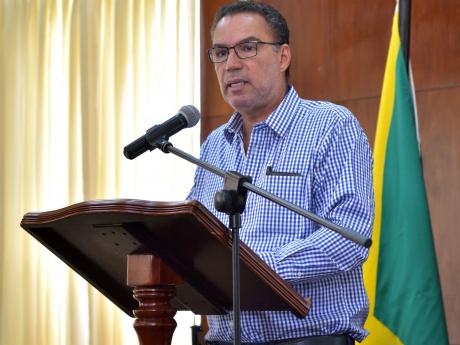 Minister without Portfolio in the Ministry of Economic Growth and Job Creation Daryl Vaz has indicated that work on the Morant Bay to Port Antonio leg of the Southern Coastal Highway Improvement Project is to begin soon.

The US$384-million highway project entails rehabilitation of the 110-kilometre roadway between Harbour View in Kingston and Port Antonio in Portland, and extension of the tolled East-West Highway, which will run from May Pen, Clarendon, to Williamsfield, Manchester.

Speaking at yesterday's post-Cabinet press briefing at Jamaica House Vaz said “we are looking to start three of 15 packages for the local segments, which will start the improvements from Morant Bay to Port Antonio”.

“This was approved at Cabinet on Monday and now it will be for the procurement process to go through to name the contractors, and I would expect the work to start in the next few months,” he said.

The Southern Coastal Highway Improvement Project will entail realignment and widening of the roadway to four lanes, among other features, which will require land acquisition along the designated sections.

The project is being financed through a loan agreement with the China EX-IM Bank.

It will be executed by China Harbour Engineering Company Limited.