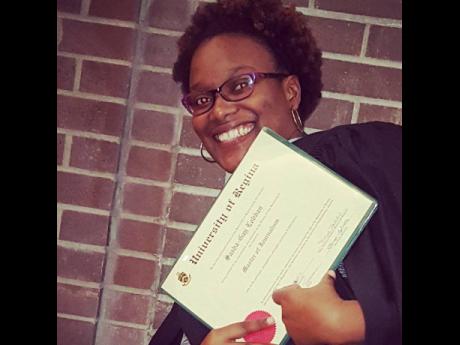 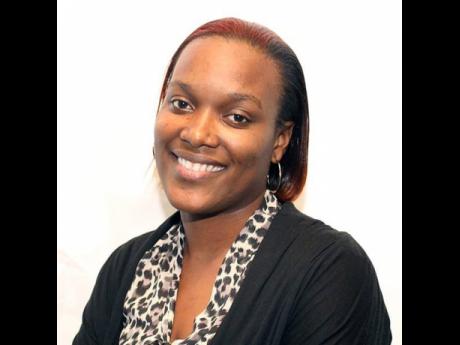 Having a genuine love and passion for your career is great. Add to that the drive and determination necessary, and there is no ceiling on what can be achieved.

Sasha-Gay Lobban-Fullerton was primed to excel in journalism as she did not only love the career, but she was also motivated by other media personalities and the high standards that her mother had set for her and her siblings.

With these in mind, she did the research necessary and started preparation during high school to be proficient in the field.

“Journalism was always a passion. My mother used to tell me that I am a talker and that I would be a journalist,” Lobban-Fullerton said, “Jenny-Jenny was also my inspiration; just her personality, I wanted to be like that.”

Lobban-Fullerton, a student at York Castle High School before attending Brown’s Town Community College, where she pursued the arts and social sciences. She then matriculated to The University of the West Indies and majored in public relations, graduating with first-class honours in 2012.

Though she had completed the formal education necessary to become a journalist, Lobban-Fullerton was not done learning.

“When I finished school, I started working at Irie FM and worked part-time at North Coast Times. I was blessed to have a mentor, Franklyn McKnight, who used to say, ‘Sasha, I’m going to push you into this, jut learn fast’, and I did.” She explained, “A lot of what I know now is what I learnt on the job.”

Lobban-Fullerton’s work did not go unnoticed however, as she was awarded Young Journalist of the Year in 2014 by the Press Association of Jamaica.

“It felt good to be recognised for my work. It made me proud to be awarded for something I’m so passionate about,” she said.

She soon got the idea to complete her master’s degree in Canada and migrated north to go in depth into investigative journalism at the University of Regina in the city of Saskatoon.

“All of this was made possible because of my strong family support system. My mother had always been my role model. She required nothing but excellence, and so my sister and I worked hard to make her proud. Our younger brother is also following in our footsteps because my mom set a precedent of excellence in our household,” she stated proudly.

Despite the culture shock and the drastic change in the climate, she was motivated to do well, especially since she had gained scholarships to pay her way through university based on her superb academic performance.

Lobban-Fullerton explains that she was happy for the experience and was excited to explore opportunities outside her comfort zone.

“Anything is possible once you put your mind to it and trust God. I had many challenges, but I was determined to tap into my full potential and explore opportunities outside of Jamaica. I would encourage others to do the same,” she recommended.

The self-proclaimed perfectionist explained that her achievements were only due to her belief and faith in God, her support system, and the mentors who happened to be in her life.

After graduating with a master’s degree in journalism in 2016, she started working at a newspaper company in Canada. She is now married with a son.

Lobban-Fullerton believes that experience is the best teacher, so she is always open to learning new things. As a result, she encourages others to explore outside their comfort zone because they might just find what they are passionate about.

With experience in print, radio, public relations and digital media under her belt, she hopes to embark on the world of business and entrepreneurship as the next step in life.