Thank you, Jamaica! - Artist Phillip Robinson expresses gratitude to his supporters as he settles in at Edna Manley 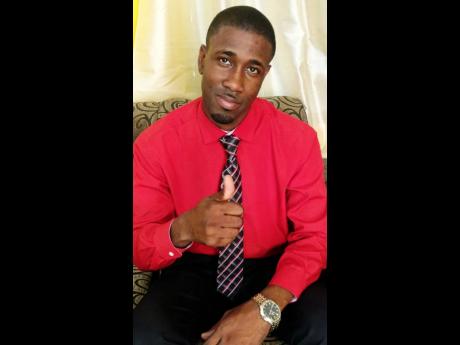 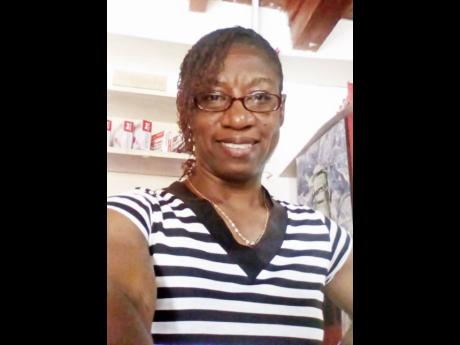 A week after The Gleaner published a story on St Ann artist Phillip Robinson, highlighting his talent and his desire to attend Edna Manley College of the Visual and Performing Arts, he was accepted at the college on a full scholarship.

It has been such a whirlwind journey for the talented artist, moving from a situation where poverty was blocking his dream to attend college, to being a fully paid-up college student on the way to realising his full potential, all within a matter of days.

A Christian, Robinson gives God the credit, and rightly so.

But there are people in the picture that he graciously would like to acknowledge and thank for their role in making his dream come true.

Three weeks after enrolling, Robinson is still trying to settle in his new environment. No one said college life was easy. But he is resilient.

“The truth is, everything happened so quickly. I wasn’t prepared mentally and the reality is, I’m not settled fully,” Robinson admitted to The Gleaner.

Despite the scholarship, there are costs associated with being at college that he has to stand, and with a packed timetable that doesn’t allow time for a job, things can become sticky without additional financial assistance.

“School doesn’t give me the opportunity (to work) as it relates to time, even to go to church it’s hard. Sunday I went to church and my assignments all backed up on me,” Robinson pointed out.

“Now that I’m not working, I have to be finding ways to make this (journey in my life) work, and it has to work because being here, that’s the greatest thing. Things are a bit complicated, a bit challenging, yes, but I’m trying to balance everything. It’s extremely hectic, but I have to fight it through because this was what I wanted. I will overcome these challenges,” he asserted.

Robinson said he was getting help acquiring some of the materials he needed for school from a gentleman named Don Yee, who is based overseas and was so impressed by his talent when he saw some of his work online, that he stepped in to help.

And even though there are persons who have stated they are willing to purchase some of his work to enable him an income, a 12-hour timetable doesn’t sufficiently allow time to draw, he disclosed.

Robinson says he is grateful for the love shown by the many people who took the time to post comments online, both from here in Jamaica and from overseas.

He says he wishes to thank everyone for whatever role they might have played in causing him to enrol at Edna Manley, even persons dating back years before this recent development, as they had acknowledged his talent and encouraged and supported him over the years.

‘A big thank you’

Robinson mentioned the team at Edna Manley College, especially to Coleen Douglas, director, marketing and communications, who was the first to reach out to him after the article was published; the Ministry of Education, The Gleaner, the Brown’s Town Tax office team, the Guardsman Security team at Puerto Seco beach, his community of Watt Town in St Ann, the Brown’s Town Community College, and a young lady by the name of Millicent Whilby, also known as Wendy, from Clydesdale in St Ann, whose selfless action began the train of events that led to Robinson ending up at Edna Manley; to Don Yee, and also The Gleaner online readers.

“Thank you, Jamaica. A big thank you to everyone who helped make my dream come true. Thanks a million. Even to persons overseas whose comments online were supportive, I really and truly appreciate it. I can’t thank you enough,” said Robinson.

Meanwhile, Whilby, whose initial reach-out to The Gleaner began the entire process, is happy that she was able to play a role in Robinson’s progress.

“I’ve known Phillip for a long while now, over 10 years, and I’ve always been impressed by his work, and that’s why I spoke to The Gleaner about him,” Whilby revealed.

“I did it because I just wanted people to recognise a young and talented artist, then when you made it happen, I was really happy, it just felt really good. I didn’t know this would go so far.”

She added: “The thing is, Phillip is totally gifted, anything that he does he tries always to do his very best, and it always works out, and the fact that he is a Christian makes it even better. He said to me the other day that I came into his life for a purpose, and I guess that purpose was to help him to reach the dream that he wanted. I’m glad I was able to help. I wish for him nothing but the very best.”