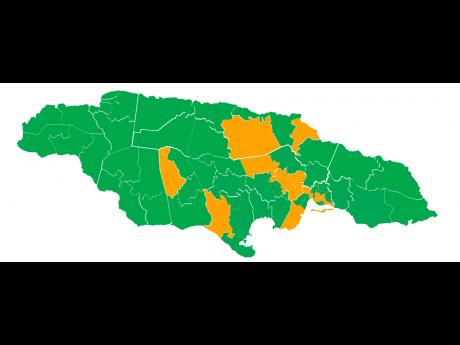 Winning 49 seats in the preliminary count, the Jamaica Labour Party (JLP) was returned to office in today's general election with a landslide victory, as the People’s National Party (PNP) only managed to garner 14 seats of the 63.

The Electoral Office of Jamaica said the overall voter turnout was approximately 37 per cent, compared to 48.37 per cent in the 2016 General Election.

Tomorrow, each returning officer will commence the final count of all the ballots for his/her constituency at a designated counting centre.