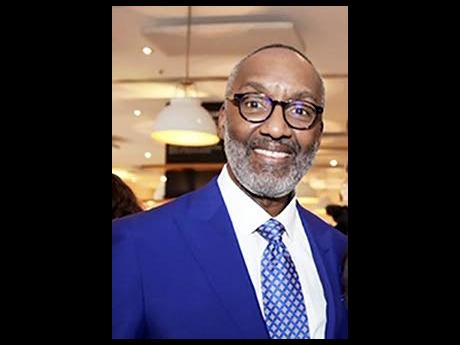 Former Met Police Superintendent Leroy Logan added a bit of Jamaican spotlight to the Golden Globe Awards on Sunday, February 28, when his book Closing Ranks, which was adapted for television by director Steve McQueen in his BBC Small Axe series, won the best supporting actor in a TV role for John Boyega.

The British actor had portrayed Logan in the film Red White and Blue, which was aired on BBC TV last November as part of McQueen’s five-part mini-series of films which chronicles the black experience in Britain between 1968 and 1982.

The film told the story of how Logan became a police officer aiming to reform the Metropolitan force from within, after seeing his father assaulted by two officers.

Boyega, who received the Golden Globe Award for Best Supporting Actor in a limited series, said he was shocked but also excited and was moved to name-check Logan on the internationally televised virtual awards show.

Logan said he appreciated the gesture.

He told Boyega in the accompanying post: “Your portrayal of me has been life-changing. I’m also very proud of you and your name check on accepting the Golden Globes is so humbling.”

Decked out in his Jamaica-themed cap, he shared a video on Instagram of himself reacting to the announcement and raising a celebratory glass.

Logan later made the rounds on television and thanked McQueen for bringing his autobiography Closing Ranks: My Life as a cop to life.

He said: “It was beyond my wildest dreams and it has been like that ever since I got involved in Small Axe. How many people can go on set and experience an A-lister actor and an A-lister director playing your story, it’s just phenomenal.”

“The book resonating with the film, in such an amazing time of race inequalities and injustices, speaks truth to power. Those in authority need to do the right thing and show proactivity in improving people’s life conditions, especially those who are subjected to discrimination and other forms of prejudice.

“I think the timing is right and I want to take this forward with more books. I really believe there are many people inspired by this story and I want them to excel and succeed beyond their expectations,” Logan said.

Born in London to Jamaican parents, Logan joined the London police force in 1983, having previously worked as a research scientist. He was inspired to join the police force after witnessing two officers assault his father, Kenneth, who went on to successfully sue the Met Police for excessive force and wrongful arrest.

Logan was one of the founding members of the National Black Police Association in 1994 and, while serving as its chairman, he was involved in the Stephen Lawrence enquiry in the late 1990s and the investigation into the murder of schoolboy Damilola Taylor, in 2000.

He now devotes his time to youth projects and has helped to establish the social justice charity -Voyage, which aims to empower marginalised black young people.