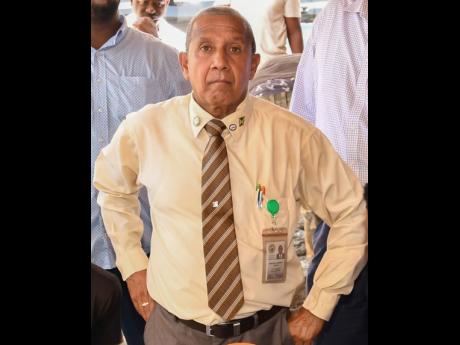 File
Winston Maragh, head of the Association of Local Government Authorities of Jamaica.

With local government elections due in less than a year, some councillors in the Westmoreland Municipal Corporation (WMC) are viewing with suspicion delays in disbursements to the entity’s Parochial Revenue Fund (PRF). But Association of Local Government Authorities of Jamaica (ALGAJ) head Winston Maragh insists that it is as a result of restructuring ordered by Local Government Minister Desmond McKenzie.

“We will be using the best-quality material available. Instead of using chip and spray, we will be using a higher grade of barber green,” added Maragh, who is also the mayor of May Pen.

The ALGAJ president was responding to questions from The Gleaner against the background of concerns raised by WMC councillors that they are yet to receive their PRF disbursements for this calendar year.

According to Maragh, that matter is being addressed.

“It is being worked out with the ministry and the MPs (members of parliament),” said Maragh. “That is why the PRF has not yet come, but it should be there any time now. We were working out the details of the programme, for which we had to resubmit them for the funds to be released.”

With Maragh’s explanation, it would appear that the WMC has been out of the loop in terms of reasons for the delays based on comments from Danree Delancy, the deputy mayor of Savanna-la-Mar.

“The director of finance just informed us that the last time the corporation received PRF was in January for December. Therefore, January and February are now overdue,” Delancy said at a recent WMC meeting.

“This is not by accident, and we will see it unfolded by mid-year,” insisted Delancy, speculating that the Government was preparing its slate of candidates for local government elections in June.

Last November, the government modified the Representation of the People Act to allow for the local government elections, which were due last November, to be pushed back to a date no later than February 27, 2022.

Grange Hill Division Councillor Lawton McKenzie argued that the withholding of funds from the WMC was not new and that the situation left him and his colleagues unable to effectively tend to the needs of their constituents.

Between 2007 and 2012, we were promised a number of roads including Chantilly and Church Lincoln, which never happened,” said McKenzie.“At that time, we gave up a portion of our PRF and came out with little or nothing.”

Unlike their Westmoreland counterparts, Falmouth Mayor Collen Gager said that the Trelawny Municipal Corporation has no challenges in getting its PRF allocation when it is due.

“We do not have a problem with PRF in Trelawny. That’s not the case in Trelawny,” Gager told The Gleaner.