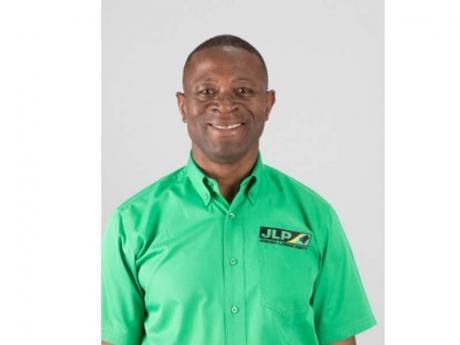 According to the police, the MP has not returned to the police station to give a follow-up statement and that cops have been trying to reach the "elusive" politician.

The Hanover Police are seeking government lawmaker George Wright as a "person of interest" in a case of assault that occurred in Chester Castle district.

The police confirmed today, in an exclusive interview with The Gleaner, that Wright, the member of parliament for Westmoreland Central, is the man seen in a video of an altercation, which has since gone viral. 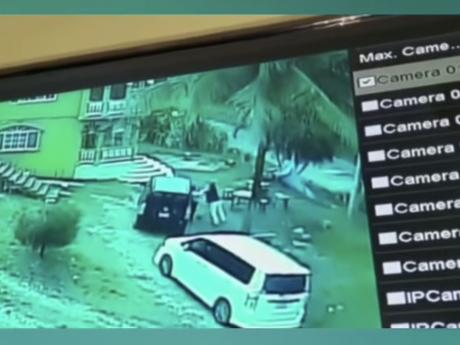 In Photo: A screenshot from a video in a case of assault being probed by the police.

Acting crime officer for Hanover, Detective Inspector Carl Brown, said the legislator, claiming he was attacked, filed a report with the Ramble Police on April 6, the day the incident reportedly occurred.

But, the video, which emerged over the weekend, has painted a different picture, Brown said.

"Wright is saying that he saw her along the roadway, approached her, an argument ensued resulting in a fight and he was basically attacked by her," said Brown, summarising the complaint from the first time representative for the ruling Jamaica Labour Party (JLP).

But, the policeman said Wright may not have been aware that the fight was being recorded.

Police confirm that Westmoreland Central MP George Wright has filed a complaint against a woman he alleged attacked him in Chester Castle in Hanover on April 6. The police say video contradicts his report and are now seeking the MP. A woman has since filed a report in St James. pic.twitter.com/SbwFeUbYfw

In the almost seven-minute video, the man exited a white vehicle and entered a conversation with a woman who was standing beside the vehicle.

After a few seconds, the woman was apparently collared, slapped, and then dragged to the side of a black vehicle parked in front of the white one.

There, the man continued to hit the woman repeatedly.

During the mêlée, the man in the video picked up what appeared to be a stool and used it to hit the woman and another struggle ensued.

The confrontation continued for a while before both persons got into their respective vehicles and left the scene.

Brown says the MP has not returned to the police station to give a follow-up statement and that cops have been trying to reach the "elusive" politician.

"We have found the location. We're trying to secure the video. We are trying to locate the lady as well. We are reaching out to her but we haven't found her as yet.

“At this time, we have interest in speaking to him (Wright) but not for arrest purposes just yet. He's a person of interest."

A police visit yesterday to the MP's Petersfield, Westmoreland house was futile and a message was left with a tenant.

The woman in the video has filed a report with the Anchovy Police in St James, Brown also confirmed.

The Gleaner, which is breaking this story, has not been able to reach Wright.

Yesterday when he was telephoned, we were told that he was not available.

Calls today have gone to voicemail and messages unanswered.

The incident involving the government lawmaker comes as the Holness administration tries to convince the country that it is tough on violence against women.

In a statement yesterday, a 'disturbed' Gender Affairs Minister Olivia Grange said she had spoken with the National Security Minister and JLP general secretary Dr Horace Chang and that the police were trying to identify the persons in the video.

“The Government is firmly against acts of violence. This video is deeply disturbing and completely unacceptable. We cannot condone any act of gender-based or family violence; we cannot turn a blind eye," added Grange, who was among several lawmakers who condemned the recent spate of attacks on women during a House of Representatives meeting over a week ago.

The recent killings of 20-year-old Khanice Jackson and teacher Nattalie Dawkins have reignited public clamour for tougher penalties to deal with perpetrators.