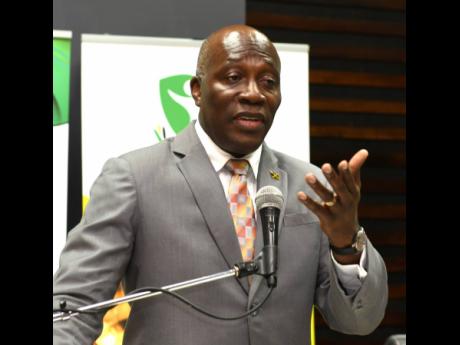 Despite being a relatively peaceful parish, murders rank high on the list of 80 cases down to be tried in the Easter session of the Trelawny Circuit Court, which had its ceremonial opening in Duncans on Monday, minus the traditional ceremony, which was bypassed in keeping with the COVID-19-inspired Disaster Risk Management Act.

The session, which will be presided over by Chief Justice Bryan Sykes and is slated to span four weeks, sees the cases broken down as follows: 19 murders, 21 identity theft, 11 rapes, nine having sexual intercourse with a person under the age of 16, five cases of death by dangerous driving, and two cases of incest.

In his opening remarks, Sykes made it clear that he was not an advocate of the jury system, which allows persons without legal training to make critical decisions. He intimated that the trained professionals should be at the forefront in the decision-making.

“You have judges who have to have a number of years of experience before they are appointed, and attorneys who need certain qualifications to practise. Yet, all a juror needs is to be able to read and write,” said Sykes.

In raising further concerns about the soundness of the juror system, the chief justice said that while other persons in a courtroom are required to take copious notes, jurors are only required to sit and listen.

“You see the attorneys with notebooks, the court reporters making notes, yet jurors are expected to sit and remember everything,” said Sykes. “The justice system needs to evolve.”

In explaining some of the changes he would like to see, the chief justice said he wants to see greater use of scientific and technological evidence, which he believes would help to reduce the huge backlog of cases, which has become a feature of the local court system.

Prominent attorney-at-law Ernie Smith concurred with the chief justice, expressing the view that issues such as concerns about the juror system should have been addressed years ago.

“I agree with everything that he said,” said Smith, who is renowned for his strident stance in advocating for critical changes to strengthen the justice system. “These are things which should have happened long ago.”

Interestingly, in this sitting of the Trelawny Circuit Court, there will be no empanelling of jurors, as according to Superintendent Carlos Russell, the police commander for Trelawny, they will not be required.

“There was no need for jury selection. All matters will be decided by Justice Sykes,” said Russell, who, if the situation were otherwise, would have been the one tasked with recruiting the jurors.

Among the cases that will generate significant interest will be the one against Bryan Shelly, the alleged contract killer who was recruited by Nadine Geddes to murder her sister, Tamara Geddes, in June 2020, at her home in Trelawny. The deceased woman’s sister and two of her nieces have been convicted and sentenced in previous court sittings.