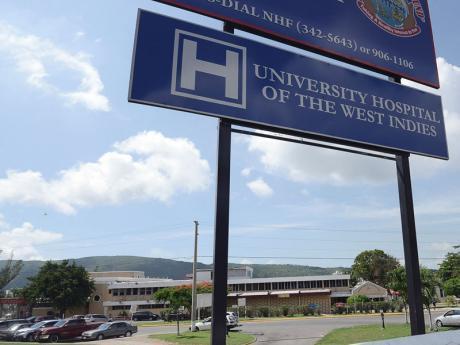 The development came one day after Sunday Gleaner revelations that more than $500 million has been spent on a project to digitise the hospital's records and processes that is four years past its delivery deadline.

The chief information technology officer at the University Hospital of the West Indies (UHWI), Herman Athias, has resigned.

Hospital CEO Kevin Allen confirmed that Athias submitted his resignation Monday but gave no reasons for his departure.

However, the development came one day after Sunday Gleaner revelations that more than $500 million has been spent on a project to digitise the hospital's records and processes that is four years past its delivery deadline.

It is unclear whether his departure is related to the project delay.

Athias joined the UHWI on December 9, 2019, as senior director for information and communications technology, well after the controversial project started.

“I want to use this medium to thank Herman for his significant contribution to the growth and development of the UHWI,” said Allen.

Several UHWI sources say Athias was not happy with the project he inherited.

The Mona Campus of the University of the West Indies (UWI) is also facing increased scrutiny because it was the entity that bought the problem-plagued Hospital Information Management System (HIMS).

In September 2015, Mona contracted the St Lucia-registered Health Administration Systems (HAS) for the US$1.25m HIMS application.

Mona also had to pay to AIS, a discounted annual US$600,000 maintenance fee for the web-hosted application, which was developed by Suvarna Technosoft, an Indian company in which AIS has a stake.

The contract was signed by then principal, Professor Archibald McDonald, who is now the deputy chairman of the UHWI board.

A 2018 UHWI project status report was scathing of the software as appearing to be "still in development" and the implementation as running beyond its deadline, over budget and fraught with problems.

To date, the project that was due for completion in April 2017 is still not on most of the UHWI wards although partially active in some departments.

The UHWI has directed questions to the UWI, which has confirmed that there's no set timeline for the completion of the project.

But the UWI, Mona, sought to make it clear that the project, whose procurement it could not say was properly done, was not initiated under the current administration of principal Professor Dale Webber, throwing the spotlight on McDonald's tenure.