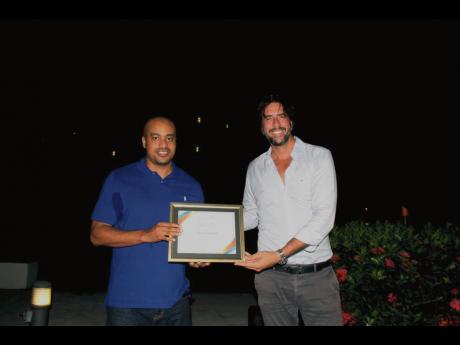 When arrival numbers were down, it was local travel agents who boosted the Jamaica Tourist Board’s (JTB) ‘Rediscover Jamaica Campaign’, accounting for 68 per cent of the bookings between June and December 2020.

And their zest has not ebbed, as they continue to spur the industry’s revival, contributing an output of 28 per cent of the room count to the country’s hotel inventory between January and March this year.

Last Saturday night, some of these agents were lauded by the Jamaica Tourist Board and AMResorts during a reception at Secrets Wild Orchid in Montego Bay, St James.

Addressing the travel professionals, JTB’s regional manager Odette Dyer reiterated that when Jamaica reopened its borders on June 15, 2020, the island knew it would be an uphill climb given the tourism industry was now starting from a position of zero. “However, it is through your efforts and alignment with our rediscover Jamaica campaign that we were able to begin our recovery,” she stated, lauding the agents who in the past have been overlooked.

Her comments were bolstered by the rapid rebound that the industry is experiencing and which was highlighted last week by two inaugural flights into the destination Jetair out of Curaçao and Edelweiss out of Zurich, in addition to the return of Air Canada to the destination and Condor’s first flight out of Continental Europe since March of 2020.

“This signifies a level of confidence in destination and Brand Jamaica, and we can all be proud of this,” Dyer reminded the agents and management at the resort.

AMResorts’ area commercial director, Fernando Garcia, who hosted the agents, cautioned against big platform distribution companies, for what he tagged “skipping the traditional channel”, while capitalising on short-term volume of sales at a lower rate. His concerns were directed towards the fact that a number of smaller agencies have been displaced. He described the practice as bad for the local travel professionals, deciding to reward them with exclusive 20 per cent discounts for the various clients that they book between now and August 31.

The discount can be used for any category room booked at all three Secrets Resorts in Montego Freeport, Garcia stated, and falls in sync with the company’s 20th anniversary celebrations.

He committed that no other distribution company would have access to those rates until at least the end of August.

Garcia says his aim is to continue pushing the base by working with the local travel agents to help them grow.