Granville rocked by yet another double murder 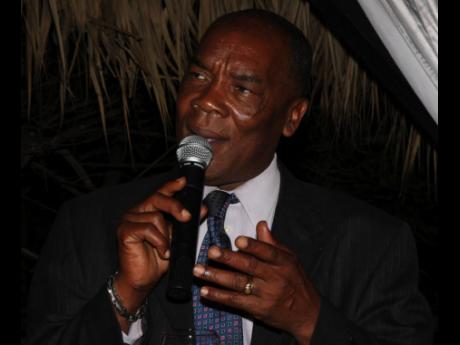 Following back-to-back double murders, Michael Troupe, councillor for the Granville division in St James, is calling on the Government to come to the assistance of the community by introducing special security measures to quell the ongoing lawlessness.

Troupe’s appeal comes against the background of the deaths of 43-year-old shopkeeper Shellyann Shaw and her five-year-old son Jamer Powell, who both died in hospital on Tuesday after they were shot multiple times on Sunday night by gunmen, who invaded their home in the Top Hill section of the community.

“This is the third time that I am calling for some kind of intervention, whether it be a ZOSO (zone of special operations), a state of emergency or whatever tool the Government has in the box, but Granville needs it now,” said Troupe. “This constituency is represented by the attorney general (Marlene Malahoo Forte), she hears the cry of the residents of the Granville division.

“This is no longer a little incident, this is war, straight-out war. I am just a councillor, it needs a bigger voice than mine to rescue Granville,” continued Troupe. “At this time, I am calling on the attorney general, the member of parliament for West Central St James, to let her voice be heard on behalf of the citizens of Granville.

“When you reach a stage where we are killing babies, it bad, real bad, and as we speak today, I am coming from the burial of one, and there are 10 more bodies left to be buried from the recent spate of shooting in Granville,” added Troupe.

Troupe told The Gleaner that 11 persons have been murdered in his division in the past three months, so there is more than a good case for a security intervention.

When The Gleaner visited the location where the mother and her son were shot, it was like a ghost town as those persons who have not fled were too afraid to speak to the media.

The police reported that during Sunday night’s incident, Shaw, her son and her common-law husband were at home in bed, when men armed with high-powered rifles went into their yard and sprayed their three-apartment board dwelling house with bullets.

Shaw and her son, who suffered multiple bullet wounds, were rushed to hospital by a local taxi operator. While he was heading to the hospital, the taxi operator’s house was set on fire by the gunmen. It was completely destroyed.

Shortly after 11:45 p.m., Holness and Roberts, who shared a common-law relationship, were at home in Granville, when three men armed with high-powered weapons and handguns entered the yard and opened fire, killing them on the spot.