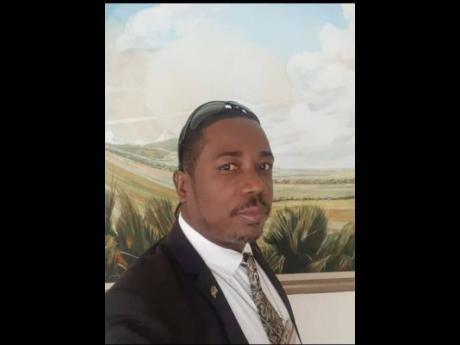 Police Sergeant Marlon Smith, the late bodyguard of Finance Minister Dr Nigel Clarke, was praised last Thursday as a selfless and dependable close protection officer who was a standard-bearer of the values of law enforcement.

High-profile attendees from the executive and the police force delivered glowing tributes in memory of Smith, who died in a fiery crash while leading a convoy in Trelawny on June 24. No one else perished in the tragedy.

Clarke described Smith, 49, as a tutor and friend and said that he was shaken by his untimely passing. The 24-year veteran, said Clarke, was very kind and was the consummate professional.

“I can safely say that Marlon’s last act of kindness occurred the day he died. He drove with us to Ocho Rios and he bought ackee, salt fish, and roasted breadfruit. He said, ‘Minister, take this, as you haven’t eaten anything since morning,’” Clarke told the gathering at the Church of the Open Bible at Twickenham Park, on the fringes of Spanish Town.

Prime Minister Andrew Holness said that he had known Smith for several years and admired his dedication to the constabulary andhis family.

“He was a high achiever who received 16 commendations for his services, was easy to get along with, but was a true professional that will be sadly missed,” the PM said via Zoom.

Smith was also commended for his deportment and purposefulness by State Minister for National Security, Senator Matthew Samuda, who said the late cop embodied the philosophy of the police force and was loved by all.

“I went into his community and it was clear that he was a family man who served the Jamaica Constabulary Force very well. I want to expressed my condolences to his family and thank them for lending him to us,” Anderson said.

The highlight of the funeral was a mellifluous rendition of the song You Raise Me Up by Smith’s widow, Donna, that sparked resounding applause. Besides his widow, Smith is survived by his children Anil, Tremalik, and Marlando.

Smith’s remains were interred at the family plot in Brown’s Hall district in St Catherine.