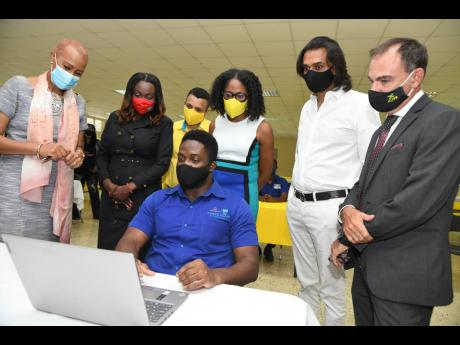 Minister of Education, Youth and Information (MOEYI) Fayval Williams has revealed that the Government has made significant progress to advance the construction of specialised STEM (science, technology, engineering and mathematics) schools across the island. Williams told The Gleaner, “We are advanced in the process ... we are going into a design competition for those schools and we will take it from there, but we are seized of the urgency to have STEM infused in all our schools.”

Williams explained that these STEM schools will also be accompanied by a shift in the overall process of delivering education for Jamaicans. “Our National Standards Curriculum is STEM-based and that has been in existence now from 2018. Obviously, it requires us to do a number of things, including more training for our teachers and to have our physical environment to be a STEM environment,” she said.

The minister added, however, that Jamaica still has “some way to go” before this objective is achieved. She was attending Thursday’s ceremony that commemorated the launch of the NCB Foundation and Amber Group partnership with the HEART/NSTA Trust. This is one of several initiatives being introduced to encourage persons to learn STEM subjects.

At the ceremony, it was revealed that 50 persons have benefited from residential training in software development offered by the Amber Heart Coding Academy since January 2021. Thursday’s event was the launch of the second cohort of participants who will receive training over the next 12 months.

The NCB Foundation has donated $18 million to this endeavour. Chief Executive Officer for the foundation, Nadeen Matthews Blair, said this partnership represents one of several endeavours, such as the organisation’s Level Up Grant Programme, to support students and unemployed persons who are interested in learning new digital skills. The NCB Foundation has also supported MOEYI’s Coding in Schools Pilot Programme, where fourth- and ninth-grade students in 20 selected schools are exposed to coding in an interactive space.

Additionally, all students who receive training in the first two cohorts will immediately receive employment by the company. Colonel Martin Rickman, national coordinator for the HOPE Programme, a major partner in the initiative, told The Gleaner, “What is critical about the manner in which we are training these guys, is that they are not just sitting in a classroom and learning coding from a teacher. They are getting a fully immersive training by master coders that are practising in the field.”

He further elaborated that the Amber Group has provided instructors with no additional cost to the Government, while HOPE and HEART are responsible for the facilities to support the accommodation of individuals from different communities.