Maragh wants to see return of Junkanoo as part of celebration 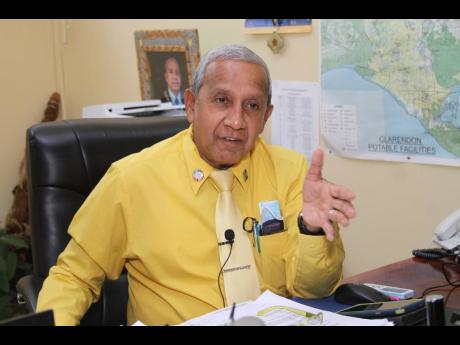 August 6, 1962, is a day that will forever be etched into the memory of Winston Maragh, mayor of May Pen.

In a sit down with The Gleaner, he recalled the first-ever Independence celebration as the family headed to the Mitchell Town Primary School in southern Clarendon to witness the lowering of the British flag, referred to as the Union Jack in those days, and the hoisting of the Jamaican flag.

Maragh, who said he was five years old at the time, was a wide-eyed wonder as his mother dressed him up and told him about Jamaica getting independence. Although that information didn’t mean much to him at the time, he remembers the sense of excitement he felt going to the celebration at the school.

“The whole community gathered at the school and as far as I can remember, we drove into the schoolyard and there was a huge crowd, and we were all given a little Jamaican flag to wave,” Maragh shared.

He said they all watched as the Union Jack was lowered and the Jamaican flag went up, and they all sang the national anthem for the first time. According to Maragh, many had to sing the words from a sheet of paper that was given to them, as they didn’t know the song.

Following that celebration, they were all given souvenirs – cups and saucers made from something he said was like aluminium. Today, he regrets that he has lost his. Although the only thing he has left from the landmark event is his memory, he said he will never forget the grand occasion as they danced, ate ice-cream and enjoyed the festivities.

But since that day, he has enjoyed many festivities during the Independence celebrations, including the annual festival.

Among his fond memories is that of elders in his community at Mitchell Town making Junkanoo costumes and parading in them, which sent many children scampering in fear and running under their beds. Maragh said he remembers that on one of those occasions after cowering in fear, his mother told him to just give them money and they would go away.

Today, that activity is no longer a part of Festival celebrations in the communities, and for Maragh, that would be the one thing he would like to see continue.

“I wish that we have some people now to take up that Junkanoo celebration thing. I think most of those people died out, (but) it would be nice to look to see if we have children who understood what it was and how to build them (so) that we can continue that tradition,” he shared.