Managers to get sexual harassment training 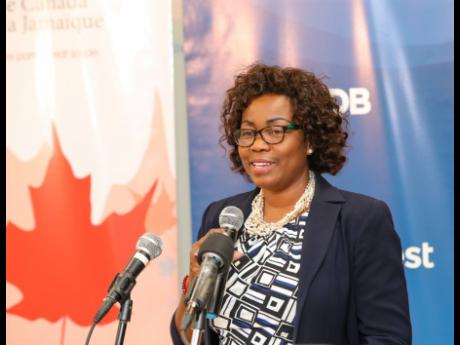 The Global Services Association of Jamaica (GSAJ) has collaborated with the Inter-American Development Bank and Compete Caribbean to provide sexual harassment training for managers and other senior officials in the private and public sectors.

The sessions, which will be directed by the Management Institute for National Development, are scheduled to begin on Thursday, November 4, via their online platform.

The training comes against the backdrop of the passage of the Sexual Harassment Protection and Prevention Act 2021, which, when implemented, will require employers to ensure that their workers are informed of the varying clauses under the act so they can act appropriately.

“It will allow managers and company directors to better understand the importance of safeguarding against sexual harassment in the workplace,” Gloria Henry, president of the GSAJ, told The Gleaner.

“The association hopes to raise the levels of knowledge and awareness of sexual harassment, so that workplace conduct is in alignment with acceptable benchmarked standards,” Henry said.

“We are encouraging all managers to come out to learn. The training materials will be available to everybody who attends, so they can have it as a reference. And they can share it as well internally with other members of their team,” added Henry.

With an employment force of well over 44,000 members, Henry noted that there is a need for a training programme to deal with sexual harassment and gender discrimination in the workplace, based on gaps that were identified in a 2020 Gender Assessment Survey that it commissioned.

“Everything that we do, we support it with data and metrics in the BPO sector, and the survey was done as a focus area from one of the projects that we implemented,” stated Henry. “As you know, there was no legislation in Jamaica before. So now that there is, I think people will now have an opportunity, will feel more comfortable, to speak out against it, in the event that they’re faced with that situation.”

However, Henry does not see sexual harassment as a major problem in the sector, but said getting prepared is the smart thing to do.