No mandate for blood donors to be vaccinated – Pinnock 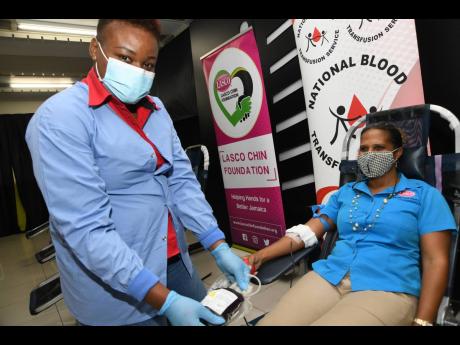 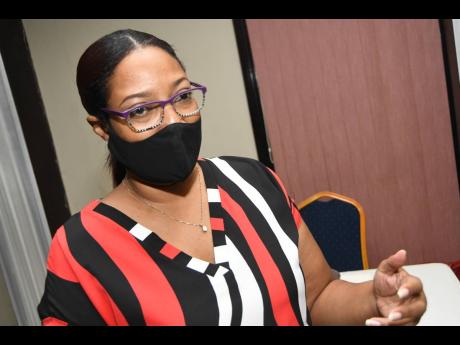 IN CELEBRATION of Civil Service Week, which runs from November 16 to 22, LASCO Affiliated Companies organised a blood drive at the Police Officers Club on Wednesday.

The ‘Drop of Love’ Blood Drive was founded in 2016 by the 2015 LASCO/JCF Police Officer of the Year, Ava Lindo.

In its second staging five years later, the Nurses Association of Jamaica, the Jamaica Constabulary Force and the Jamaica Teaching Council continue to collaborate in their efforts to address the continuous demand of blood in the country’s health system.

Lindo says she started this project for a variety of reasons, including the fact that she has a very rare blood type, AB negative, and she wanted to keep an eye out for her fellow JCF colleagues who risk their lives every day and might need blood if they are injured in the line of duty. This is because “getting blood is incredibly important”, said Lindo.

“Given the nature of the series of injuries that can happen, who knows? There is nothing that says I may not need,” Lindo said of the life-saving product would assist.

She therefore encourages all Jamaicans to put aside their fear of needles as this, she says, is one of the main reasons for persons not donating blood.

“My main message to the person who is afraid of the needle is to be positive because this blood that you give could save your very own life, and if you consider that you are the beneficiary, then that is just enough reason for you to give,” she added.

Nidhi Thomas, a medical student at The University of the West Indies, was the first donor of the morning, amid the poor turnout and the highly anticipated lunchtime rush. She says she had always wanted to donate blood to help the country’s healthcare system, but had been unable to do so owing to a previous illness.

Satisfied with finally landing the opportunity to do, as her illness has not further prevented her, Thomas was unable to give a full bag of approximately 0.5 litres of blood. However, she branded the experience as a “trial”, as she intends on becoming a regular donor in the near future.

“One of the biggest problems is that a lot of Jamaicans are scared of needles, so if we can get over that fear then I am very sure we can get a better turnout,” she said of the low donation rates that are common at blood drives and through her experiences of conducting her clinicals while in school.

Her father, Dr Joseph Thomas, director of Jamaica Teaching Council, says giving blood has been a regular family affair as he is a firm believer in giving back to the health sector in this capacity. Donating since 1992, Thomas told The Gleaner that he is always willing to give as much as he possibly can on an annual basis.

Despite the turnout, National Blood Transfusion Bank Assistant Blood Donor Organiser Keishawna Pinnock says she anticipates that by the end of the day the drive would have collected 30 units of blood, where one unit has the potential to save three lives.

In the first staging of the drive back in 2016, 58 persons donated.

Pinnock anticipates that, as the holiday season approaches, the bank will be put under strain as a result of an increased demand for blood to disperse to hospitals across the island. This, she claims, is due to high incidence of motor vehicle accidents, for example.

Because of this, she is encouraging persons to come out and donate in order to assist and save a life. “We focus a lot on the pandemic, but there are still persons in the hospitals that are in need, where surgeries have to be postponed because we don’t have blood,” she added.

While Pinnock reveals that there is no shortage of blood supply in the nation’s blood bank, she shares that if there were one, the staff at the bank will be able to manoeuvre such a situation.

“Luckily for us, we have wonderful Jamaicans that are in our database that we can rely on and call from time to time if they are eligible and ready,” she explained of the 10 blood bank provision centres across the island.

“It’s very important that we have initiatives like this where we encourage persons to donate to strangers ... out of the goodness of their heart, that old-fashioned Samaritan, to have persons come out and donate blood and save lives,” said Pinnock.

As the COVID-19 virus continues to live among the world’s population, Pinnock says the blood bank has been understanding of persons who are unable to get the jab.

As such, there are no mandates for donors to be vaccinated.

To those who have taken their jab and are hesitant that they would have to wait a while, Pinnock assures that “if you were vaccinated yesterday, as long as you feel okay, you can come today or even hours later”, adding that there should be no fear in donating even if you have contracted the virus as it does not enter the bloodstream.”