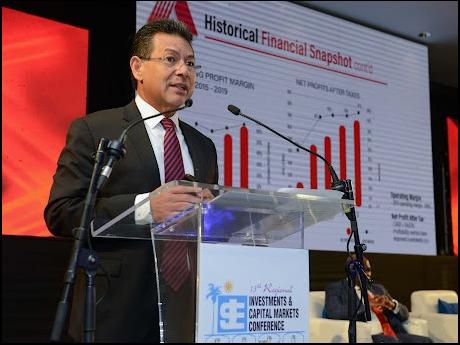 Alliance Investment Management Limited, Alliance Finance Limited, their president Peter Chin and vice president Robert Chin have been charged with various breaches of the Bank of Jamaica Act, the Banking Services Act and the Proceeds of Crime Act.

Alliance Investment and its president Peter Chin, have been charged with carrying on the business of lending foreign currency without being an authorised dealer under the Bank of Jamaica Act.

Alliance Finance, president Peter Chin and vice-president Robert Chin were charged with breaching the Banking Services Act for accepting deposits without the requisite licence from the Bank of Jamaica.

“These breaches relate to a series of deposits in excess of US$7.5 million over a three-year period, 2014-2017,” said an FID spokesperson in a statement.

Alliance Investment has also been charged with failure to file threshold transaction reports which is a breaching of the Proceeds of Crime Act.

The investigations agency said Alliance Investment failed to file to the FID's chief technical director cash transactions of or exceeding US$15,000 or its equivalent in any other currency.

Law enforcement authorities from the agencies had carried out a coordinated search at the two financial institutions.

“Following an investigation, a thoroughly prepared case file was submitted to the Office of the Director of Public Prosecutions,” said Hay.

He said the Director of Public Prosecutions later ruled that the charges companies and their principals be charged.

“Our focus is on deterring the use of Jamaica's economy for financial crimes, thereby contributing to a stable financial sector and an investor-friendly environment,” said Hay.