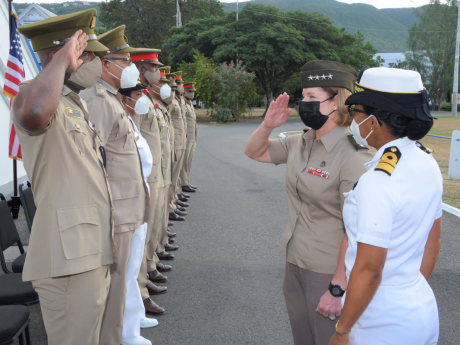 United States army general Laura Richardson, who made history as the first woman to lead the US Southern Command, has now ended her high-level visit to Jamaica on her first trip to the Caribbean.

The US Embassy in Kingston says during her visit, Richardson held three days of meetings focused on the United States' longstanding bilateral defence ties with Jamaica.

The commander earlier met with senior US embassy officials including Chargé d'Affaires Linnisa Wahid regarding US support for the America-Jamaica security partnership.

The U.S. capital city's National Guard has a state partnership with Jamaica established more than two decades ago.