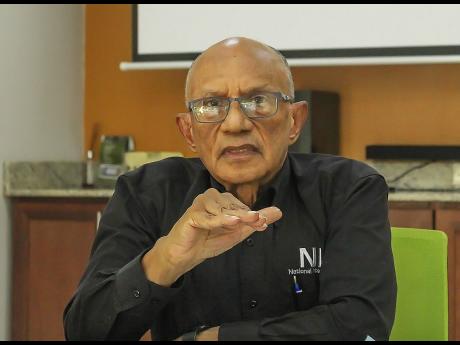 Munroe: Jamaica should now build a coalition of the vast majority who do not benefit from diversion of public funds into corrupt pockets but who suffer 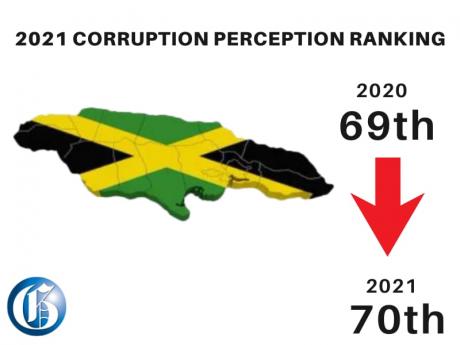 However, the corruption score remained at 44, where 0 is considered highly corrupt and 100 is very clean.

Here are three reasons the NIA says contributed to the ranking:

1. The gag order, which bans the Integrity Commission from telling the public who it is investigating for corruption or wrongdoing.

2. Unacceptable delay in the fulfilment of anti-corruption and anti-crime agreements of the Consensus Management Oversight Committee in August 2020.

3. The continuing failure to hold to bring before the courts, high level officials, members of boards and executives of public bodies, responsible for gross violations of the Procurement Act and the Public Bodies Management Accountability Act.

Munroe says Jamaica should now build a coalition of the vast majority who do not benefit from diversion of public funds into corrupt pockets but who suffer because their roads are not properly repaired, contracts are awarded to political friends instead of competent contractors, the water supply system is not what it should be and the police themselves have to do more to get rid of the corruption within their ranks.

The NIA boss commended investigative journalists, the auditor general's office, MOCA investigators, members of parliament and civil society organisations for the work they have been doing to tackle corruption.

“We wouldn't have known so much about Nutrition Products Limited and the abuses there, the Airports Authority of Jamaica and the Clarendon Alumina Production had it not been for the work of our journalists,” Munroe said.

He hailed as gains, the full independence of the Major Organised Crime and Anti-Corruption Agency (MOCA) in 2021.

Munroe also cited the passage of the Public Bodies Management and Accountability Act which now requires merit-based appointments and steps towards greater accountability with the resignation of members of boards and public bodies found in breach of law.