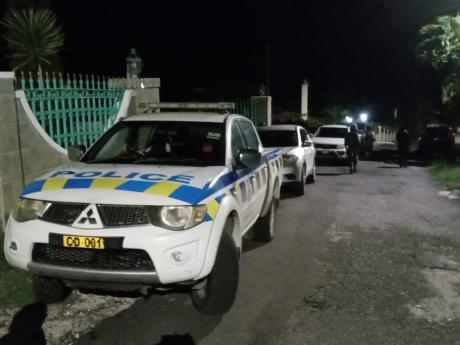 It's reported that a businessman was the sole occupant of a motor car that was intercepted by a joint police/military team in Coral Gardens, Montego Bay, St James.

Cocaine valued at nearly $75 million and a large sum of United States currency "that will take some time to count" were seized during a series of coordinated police operations in western Jamaica today.

A 46-year businessman who was allegedly transporting the drugs is one of two persons who were taken into custody by the police.

His identity is being withheld.

A female bartender from Whitehouse in Westmoreland was arrested in a secondary operation after she was held allegedly with a large quantity of ganja.

She has reportedly been charged with several breaches of the Dangerous Drugs Act.

Other operations were also conducted in St Elizabeth, the Narcotics Police Division revealed.

The US dollars, along with an undetermined sum of Canadian currency, were found in a three-storey dwelling house during a search of the property, investigators revealed.

Investigators have not yet been able to complete the count given the unusually large amount of cash and counting will take some time to finalise, the police said.

The police have theorised that the money was derived from criminal activities and have launched a multi-agency investigation.

It's reported that the businessman was the sole occupant of a motor car that was intercepted by a joint police/military team in Coral Gardens, Montego Bay, St James.

Eleven kilograms of cocaine with a street value of US$500,000 was found hidden in the vehicle, the police reported.

The drug seizure led cops to the dwelling house where the cash was found and Westmoreland where the female was arrested.