Jamaica-born Rajiv Maragh to pump more investment in his country 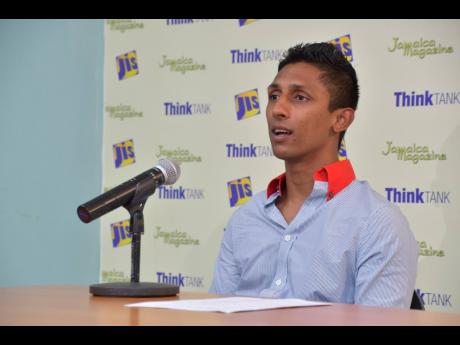 Rajiv Maragh, who rose to prominence as a racehorse jockey and is well-known within the diaspora, has ambitions of further investments in his native Jamaica.

Maragh began this journey last year, during the peak of the COVID-19 pandemic in November 2021, when he founded Road Jockey, a meal delivery service that serves the Montego Bay, St James, region.

Business, he said, has been fruitful and as the fairly new enterprise enters its fourth quarter, he expressed pride in his all-Jamaican workforce.

“I feel like we are way ahead than we could ever dream,” he exclaimed.

During a Gleaner interview on Monday, Maragh disclosed that by the end of the summer, he intends to extend the company’s offerings beyond Montego Bay and into Jamaica’s capital, Kingston, and all major towns and cities.

His year-end aspiration is to broaden business across the island.

But Maragh’s desire to contribute to economic growth, however, did not emerge overnight.

In fact, while Maragh had always been interested in horse racing, with his family sharing this passion. When he was advised to go overseas for a better chance at success, Maragh felt deeply saddened for those who could not benefit from the same opportunities as he did as they were not as fortunate as he was.

“I got forced to leave Jamaica because I couldn’t get the best of both worlds. I couldn’t get to live where I love and actually get a great, sustainable career...Throughout [my] journey, I was always thinking about other people that didn’t get the opportunity that I get,” he remarked.

It was with these youths in mind that Maragh seeks to give back to society and help young people in underprivileged communities, beginning with those in Montego Bay.

“I believe that this can help to reduce poverty and crime...I want to see the effects of what I’m doing to lower poverty and crime while creating opportunities to the youths of Jamaica,” he added, so that youngster’s hidden and underutilised talents may be used.

By reducing poverty, Maragh believes that crime will, in turn, be reduced as once there are avenues for people to make money, they shouldn’t want to resort to violence and crime.

The prime minister’s appeal earlier in the year for Jamaicans living abroad to make Jamaica their destination for business and investment had also motivated Maragh to make his intentions a reality.

He also urged the youth to seek and achieve goals that would make them satisfied in life. “If you can dream it, believe it, you will do it because I had these crazy aspirations [but] I got there...I started same place as everybody else ... but I just dream big and I ended up in the limelight as a jockey internationally,” he said, adding that if he had told people about his dreams prior to achieving success, they would have laughed at him.