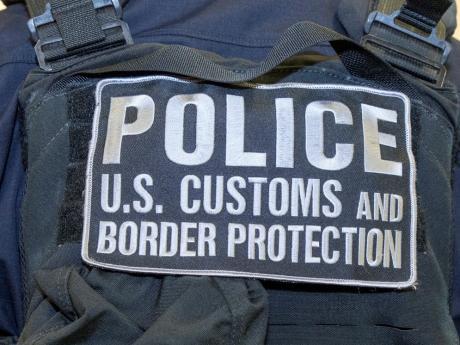 The Gleaner and The Star reported on Wednesday, June 8 that five-year-old Jamaican Malaisha ‘Million’ Miller was separated from her mother 30-year-old Teresa ‘Stushy’ Wilson and her eight-month-old sibling while being smuggled across the dangerous Mexico-US border on Sunday, June 5. - Contributed photo.

The authorities in the United States have declined to confirm the identity of a five-year-old migrant girl who drowned in the Colorado River in California.

The Imperial County Sheriff's Office in California has confirmed that she drowned on Monday, June 6.

The coroner's office today told The Gleaner that because the deceased is a minor her name cannot be released.

The Gleaner and The Star reported on Wednesday, June 8 that five-year-old Jamaican Malaisha 'Million' Miller was separated from her mother 30-year-old Teresa 'Stushy' Wilson and her eight-month-old sibling while being smuggled across the dangerous Mexico-US border on Sunday, June 5.

READ: Hunt intensifies for missing 'Million' with Mexico, US officials

The three left Jamaica for Panama on May 25.

The incident has sparked national interest and since then relatives, who are from Waterhouse in St Andrew, have consistently told our news team that their understanding is that the child drowned during the journey.

“She [Wilson] call and tell us that Million dead, she drown. And she all a talk bout she ago kill herself. She love that little baby, she can't go live with that,” said a relative who asked not to be named.

The secretary in the coroner's office told The Gleaner that the body of the child remains in the custody of the department.

“Examinations have to be done and then the family can make arrangements,” the coroner's office said of the next steps.

A statement from US Customs and Border Protection (CBP), a copy of which was seen by our news team, said that when the Jamaican mother was in custody, she told agents she got separated from her child.

"The mother stated that she had handed her child to an unknown individual in the group and was last seen in the vicinity of the Morelos Dam near Andrade, CA. Agents immediately responded to the area to search for the missing child and ultimately discovered a child in the Colorado River," the statement said.

The drowning reportedly took place north of the Morelos Dam and the body was fished from the water, which stretched for about a mile from the border wall.

The Gleaner understands that migrant deaths are on the rise with reports of a 112 per cent increase from last year.

Ducey and the state of Arizona want the Title 42 migrant policy to remain in place at the border.

Title 42 closes ports of entry to asylum seekers, which some have argued has pushed migrants to cross in dangerous areas.

An Arizona lawsuit against the Centre of Disease Control and Prevention (CDC) prevented the Biden administration from ending the policy on May 23.

Sharon Saunders, Jamaica's ambassador to Mexico, last Thursday made contact with Wilson, a day after she was released from detention at an Arizona facility.

At the time, Saunders had expressed sadness at the news of the drowning of the child and the possibility that the body may be Miller's based on discussion she had with Wilson.

She previously told The Gleaner that steps have been taken to inform her Jamaican counterparts in the US of the tragedy.