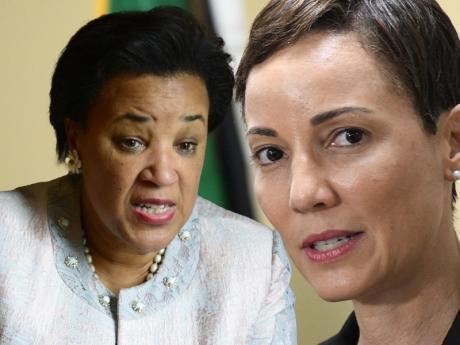 In a vote of 27-24, Baroness Patricia Scotland retained the position.

Jamaica's Minister of Foreign Affairs Kamina Johnson Smith has lost the race to become Secretary General of the Commonwealth.

In a vote of 27-24, Baroness Patricia Scotland retained the position.

The vote was held in Rwanda at the Commonwealth Heads of Government Meeting.

“Thanking all the countries and people who supported me in this journey! As I said to many of you - if I didn't pull through, God wasn't ready for me to leave Jamaica yet!” Johnson Smith tweeted this morning.

“Much love always, I continue to serve, and of course, sincere congratulations to Baroness Scotland. #OneLove,” she added.

"Kamina did very well. We are proud of her," tweeted Robert Nesta Morgan, Jamaica's Information Minister.

Scotland expressed thanks to Johnson Smith.

"Thank you for your gracious congratulations and I am looking forward to working with you closely in the years to come. I am sure you will achieve great things by God's grace," she tweeted.

Johnson Smith's entry into the race had spurred criticism from some Caribbean Community (CARICOM) states, including current head, Antigua and Barbuda's Prime Minister Gaston Browne, who had called her candidature a “monumental error,” commenting that it risks dividing the regional group that has given overwhelming support to Scotland for a second term.

Scotland's leadership has been under the microscope since it was revealed that she had circumvented the customary competitive tendering requirement by awarding a lucrative consultancy contract to a friend's company.

She has denied the allegations.