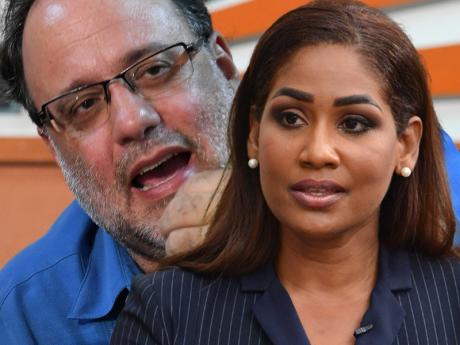 The PNP said representational politics is "a labour of love" and Hanna has "certainly given her best in service to her country".

Hanna is the PNP MP for South East St Ann, a seat she's held since 2007. She said she will not seek reelection when her term ends in 2025.

According to the party, representational politics is "a labour of love" and Hanna has "certainly given her best in service to her country".

"Hanna's commitment to Jamaica remains an inspiration to our youth and those looking to enter representational politics. I look forward to continue working with Cde Hanna on areas in which she is passionate and has achieved significant results,” said Golding.

The PNP said it will work closely with the party's executive of South East St Ann to arrange a suitable occasion to honour the outgoing lawmaker.

The former Minister of Youth and Culture said she was leaving "to pave new roads for the generation coming behind us".

"It has not always been easy; the political baptisms of fire were often unrelenting and excruciating. I have many times stood alone on principle, which was perceived as unreasonable and misunderstood" she said in her August 9-letter to Golding.

Hanna came in for criticisms following her narrow win in the PNP bastion in the 2020 general election in which her party was battered by the governing Jamaica Labour Party.

That year she also lost a bid for the PNP presidency.

The former Miss World has consistently polled as one of the most popular politicians in Jamaica.

Hanna said she will stay on as the PNP's spokesperson on foreign affairs and foreign trade.