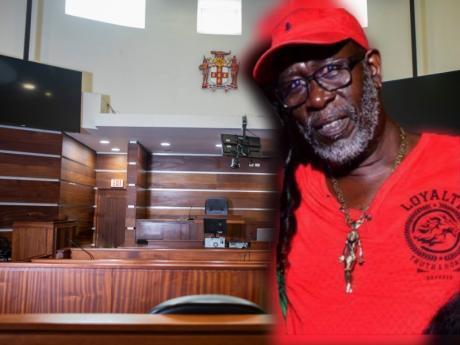 Both matters are being heard in the Home Circuit Court.

Portland businessman Everton 'Beachy Stout' McDonald, who is charged for the deaths of his wife and ex-wife, is scheduled to return to court on October 6 for the continuation of a plea and case management hearing.

The 68-year-old defendant, who appeared via Zoom, was further remanded.

Bail was extended for defendant Oscar Barnes, who is charged with McDonald in one of the murder cases.

McDonald is jointly charged with Barnes for the July 20, 2020, murder of the businessman's second wife Tonia Hamilton-McDonald.

Tonia's partially burnt body was found with the throat slashed beside her burnt car along the Sherwood Forest main road.

Another man, Denvalyn Minott, said to be the contract killer, pleaded guilty and was sentenced to 19 years in prison.

Today's hearing with respect to Tonia's murder was unable to proceed because the defence lawyers were unable to confirm whether they had received full disclosure.

During the hearing, the prosecution informed the judge that full disclosure has been made.

However, attorney-at-law John Jacob told the judge that he was advised by his colleague, Earl Hamilton, that there are outstanding documents that the prosecution is yet to disclose.

Consequently, Justice Vinette Graham Allen, who was peeved at the prosecution and defence for disobeying her order for them to have discussions to ensure that disclosure was settled, reluctantly postponed the hearing.

"When the court mek orders unuh must comply?" she said.

"I can't go any further because that is a question that must first be answered," the judge added.

In the meantime, the judge again ordered both parties to have discussions to ensure that all the documents have been disclosed.

She also ordered that Hamilton appears in court at the next hearing.

The registrar was instructed to notify the lawyer in writing.

In the other case, McDonald is charged for the May 2, 200, murder of his first wife Merlene 'Petal' McDonald.

Merlene was shot dead outside her home in Boundbrook, Portland.

It is alleged that McDonald paid a police detective to kill his wife after their marriage crumbled and she left the matrimonial home.

The hearing regarding that matter was similarly set for the said date to facilitate disclosure of the indictment to attorney-at-law John Jacobs who was recently retained by the businessman.

The voluntary indictment is to be disclosed by October 3.

The parties were also ordered to have similar discussions about disclosure as well as the length and mode of trial.

Barnes is being represented by attorney Ernest Davis.