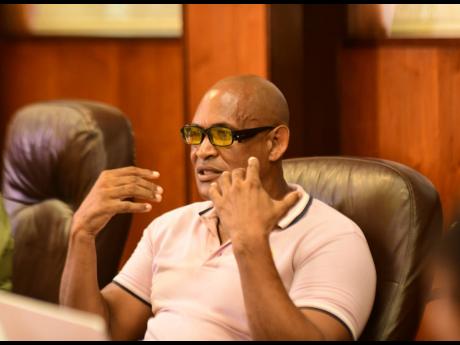 Though Jamaica’s responsible gaming programmes are deemed to be on par with what obtains internationally, there are new player protocols that RISE Life Management Services programme coordinator Richard Henry wants to see replicated in the country...

Though Jamaica’s responsible gaming programmes are deemed to be on par with what obtains internationally, there are new player protocols that RISE Life Management Services programme coordinator Richard Henry wants to see replicated in the country.

Responsible gaming describes a situation where individuals, communities, governments, and gaming industry players adhere to agreed-upon principles and policies that enable gambling activities to be safe and fair.

In so doing, they minimise the possible negative effects of gambling-related disorders and increase the likelihood of economic benefit for all.

Investigation of Adult Gambling in Jamaica – a $10 million study commissioned by the Betting, Gaming and Lotteries Commission (BGLC) and RISE Life Management Services – found that almost 13 per cent of Jamaicans are considered problem or moderate problem gamblers.

The innovative budgeting tool is live on every slot machine in Massachusetts and once enrolled, customers will get automatic notifications after approaching 50 per cent, 75 per cent, and 100 per cent of the budget they have set for daily, weekly, or monthly spending.

Enrolment in PlayMyWay is voluntary, and users can choose to stop at any point or keep playing.

“It’s advances like that I would hope, at some point, we will be able to introduce in our gaming lounges that allow people to set money limits and be able to get the type of connection with RISE to get help a little quicker. We have every intention to propose that because we think it is the right thing to do, whether it’s taken on or not,” Henry explained.

However, he cautioned that such a programme will not be easy to implement in Jamaica.

Meanwhile, he said that RISE Life also wants to open discussions with the Ministry of Justice to introduce a gambling treatment court.

“There are quite a few people who go before the courts here in Jamaica for fraud and stealing, and that is associated with their gambling. When he goes before the judge, the judge has to be educated, and he’s not treated in the same manner as you would a regular person coming in,” the programme director explained.

“Him getting through with the case is based on him doing well in treatment. If he doesn’t do well, then the case will go through the way that it ought to. What it does, though, is to help the person deal with their gambling addiction. If he doesn’t, the judge will sentence him and then he will come back out and do the same thing,” Henry said.