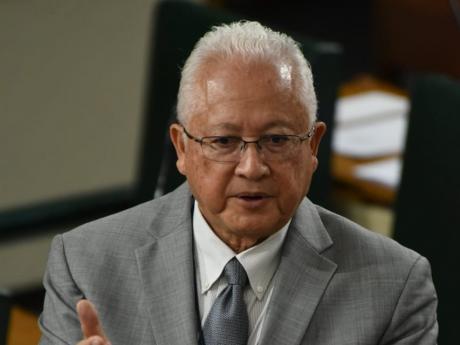 Justice Minister Delroy Chuck says the Government is moving to amend the Offences of the Person Act to increase the mandatory minimum sentence for murder from 15 to 45 years.

In a statement to Parliament this afternoon, Chuck said legislation will be tabled shortly to address this issue.

"In Section 3(1C) regarding eligibility for parole for capital murder, 3(1C)(a) - increase the mandatory minimum sentence to be served before being eligible for parole from 20 years to 50 years," Chuck said.

For non-capital murder, where the sentence given was life imprisonment, increase the mandatory minimum sentence to be served before being eligible for parole from 15 years to 40 years, Chuck added.

He lamented that the government and the public at large are extremely concerned about the levels of murder across Jamaica.

He also bemoaned Jamaica's murder rate, noting that 1,498 homicides were recorded in 2022, representing a two percent increase over the corresponding period in 2021.

Chuck argued that harsher penalties are needed to punish criminals.