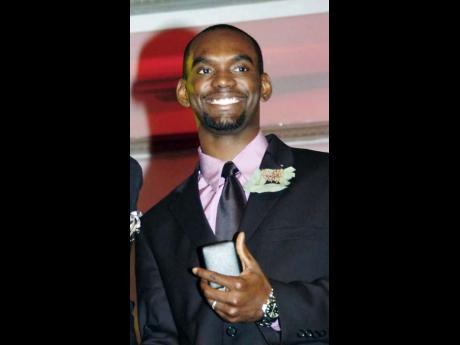 Jamaican quarter-mile standout Davian Clarke, now a coach with the University of Texas at El Paso (UTEP) and the Phillipine Athletics Track and Field Association (PATAFA), says he is hoping to one day work with Jamaican quarter-milers and aid the development of the event in the island.

Clarke is known as one of the island's best quarter-milers, particularly in the 4x400m relay, represented Jamaica at three Olympic Games, winning a relay bronze in 1996. Clarke is a three-time silver medallist and five-time bronze medallist at the IAAF World Indoor and Outdoor Championships.

The 39-year-old who is an assistant coach at the University of Texas at El Paso with responsibility for the sprints, hurdles and relays is in Beijing for the IAAF World Championships where he is preparing Filipino 400m hurdler Eric Cray for competition.

Clarke says he has enjoyed his coaching experience so far, but is also looking forward to the opportunity to leave his mark on his countrymen.

"Coaching in the Philippines has been a good experience for me. I have a guy running the 400m hurdles, they approached me last year and said that they wanted me to help him to get to the next level, and so the goal was just to get him to qualify to the Olympics and the World Championships," said Clarke. "He ran 49.12 and set a new record so everyone is pleased, and we hope he can make the finals here at the World Championships."

"I knew I always wanted to coach but you have to get the opportunity so I was preparing myself for this by doing other things. I volunteered for a while at Auburn University and then coached there for a while, so I've been doing this for 15 years," said Clarke who holds Level One certification from the United States of America Track and Field Association and is also a certified weightlifting coach.

Nonetheless, Clarke says he knows he has to wait his time to achieve his ambitions of coaching the Jamaican team at major championships.

"Jamaica has many people with a lot more technical skills than me and greater coaches who have been coaching for years. I am young so I have to do my time just like anything else. Jamaica is a top level team so you have to have a lot of experience to get there," said Clarke.

He is also hoping to add more Jamaicans to the quarter-mile programme at UTEP, which of course boasts World Champion Bert Cameron and Blessing Okagbare among its graduates.