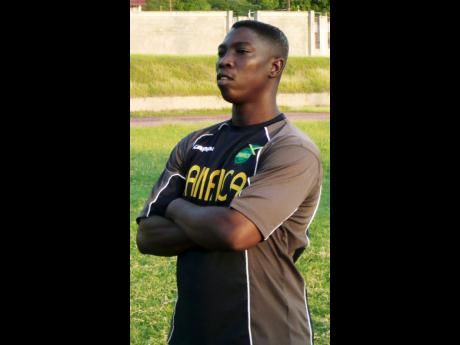 Marlee Fray struck a hat-trick as Jamaica scored five times in each half to hammer Curacao 10-0 in a CONCACAF Caribbean Women's Under-20 Group B qualifier on Friday night.

St Lucia's late withdrawal reduced the group to three teams, and the winners will be settled today when hosts Bermuda, who beat Curacao 5-1 on Wednesday, take on Jamaica.

Jamaica top the table on goal difference, and Xavier Gilbert, their head coach, said afterwards that the pressure is more on Bermuda as a draw would be enough to see his team advance to November's four-team regional qualifiers in St Kitts and Nevis.

"We don't have to win but we want to win," he said. "Bermuda have to come at us and it might leave them open, and hopefully, we can use our speed and capitalise up top.

"We can't take anything for granted because Bermuda is stronger than Curacao. But we played against them at the Under-17 competition last year, so we know what to expect and are going to prepare for that."

Fray led Jamaica's charge, scoring in the 22nd, 30th, and 53rd minutes, while midfielder Jessica Johnson struck in the 45th and 55th minutes.

Giselle Washington, Alyssa Julien, Ebony Clarke, and second-half substitute Kevena Reid were also on target, while the eighth goal came from an own goal as goalkeeper Lishanty Guillermo punched the ball into her own net.

"I'm pleased with the way the girls acquitted themselves," Gilbert said. "We started off slow, but we got into our own and scored a few goals and put the game to bed early."