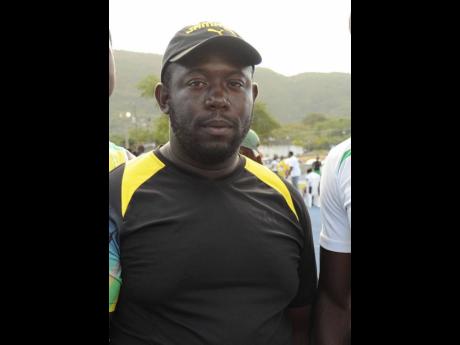 Petersfield head coach Machel Woolery has been telling the tale that the outstanding Antonio Watson has been hearing footsteps in practice. Back at full speed after an early-season niggle, Watson is back to the form that has won him titles at home, at the ISSA/GraceKennedy Boys’ Championships, and abroad. However, according to Woolery, he has been hearing the footsteps of teammate Kevon Stone in training recently.

Stone, a Boys’ Championships Class One 200m finalist last year, has impressed the coach, particularly in the build-up to Champs.

Stone started his endeavours with a first-round run in the Class One 200 metres. Fifth in the 2018 final, Stone was comfortable as he crossed the finish line in 21.61 seconds. That performance, and a solid display in the 4x100m, confirmed a pre-meet advisory from Woolery.

“If he improves how we expect him, if he maintains like that, [we expect him] to really run fast at Champs.”

The former Godfrey Stewart High School student isn’t a total unknown. Last year, he won the Class One sprint double at Western Championships. With Stone and Watson, Petersfield won the Champs 4x400-metre relay after Calabar was disqualified, and at the Penn Relays, with Stone running a 47.5-second leg and Watson anchoring in 45.5, Woolery’s boys clocked 3 minutes 09.50 seconds to clinch the runner-up spot.

Watson, the 2017 World Under-18 400-metre champion, is ready, too. With a midseason knock behind him, the Youth Olympic silver medallist eased down to 21.24 seconds in his first-round 200-metre race on Tuesday. On Wednesday, he ambled home in 48.10 seconds in the 400-metre prelims.