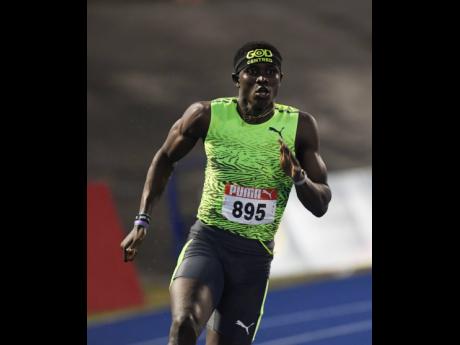 Ricardo Makyn
Sandrey Davison powers to victory in the boys’ Under-20 200 metres final in a personal best 20.84 seconds at the National Senior and Junior Championships inside the National Stadium yesterday.

Davison told The Gleaner that he was delighted with his performance because he had worked very hard all season.

“I am very happy with my performance,” said Davison. “I came into this championship with the mindset to win the sprint double, and I got it, so I just want to thank my coaches, my family and friends for their support,” he said. David Lynch of Calabar High School was second in 21.32 while third went to Jamaica College’s Malique Smith-Band in 21.46.

“I am very happy for the win. It was a very tough race, and I had to work very hard tom come out on top. I just want to thank my mother and coaches who have been there for me all season,” she said.

Calabar’s Dishuan Lamb clocked a swift 13.42 seconds to turn back the challenge of St Jago’s Jahvel Granville to win the Under-20 110m hurdles event. Granville was second in 13.48 while third went to his teammate Demario Prince in 13.60.

Kingston College’s Shamear Uter outran the field to capture the boys’ Under-20 400m in 46.06 seconds ahead of Delano Kennedy from Edwin Allen 47.24 and Shemar Palmer of Manchester High School, 47.49. Holmwood Technical High School’s Rickiann Russell won the girls’ Under-20 400m in 54.36 ahead of Hydel’s Alliah Baker (54.67) and Oneika Brissett of William Knibb High School, 54.68.

Rushana Dwyer of Edwin Allen won the girls’ equivalent in 2:10.53 ahead of Samantha Kavanagh of Trinity Elite 2:11.87 and Kishay Rowe of Alphansus Davis High School, 2:13.13.