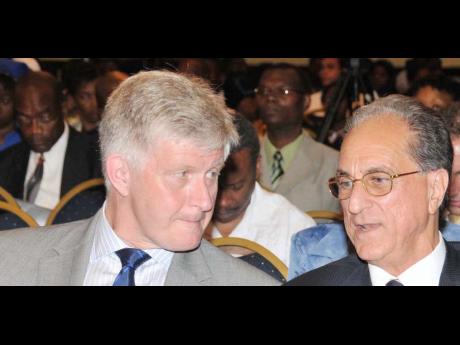 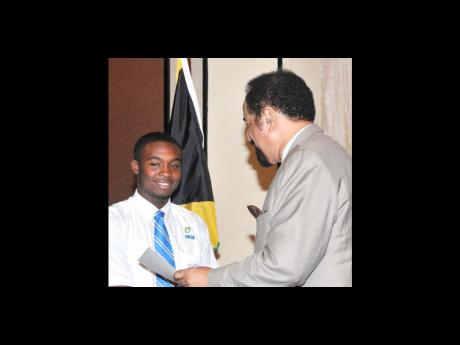 More than 140 high school students were recognised for successfully completing various pursuits under the Duke of Edinburgh's Award Jamaica, at an awards ceremony at The Jamaica Pegasus hotel on Tuesday.

The awards programme, a character-building initiative, allows young people aged 14-25 years to participate in activities aimed at fostering personal and social development. Persons who take part in the programme gain an award, for their involvement. The type of award depends on the degree of commitment.

Of the 143 youngsters honoured, 29 were given the silver award and 114 received bronze awards, which are two of three categories of awards. The gold award, the highest honour, is presented to persons 16 years and older, who have completed eight months to two years of activities, and exhibit responsible adult behaviour and citizenship.

For entry into the silver award category, youngsters should be 15 years or older and must be engaged in tasks for 12-18 months, while persons aged 14 years and older may gain the bronze award, which can be achieved between six months and a year.

To win an award, participants must complete activities in four sections for a specified minimum period of time. These include service, an adventurous journey, skills and physical recreation. There is an additional requirement of a residential project at the gold level.

Guest speaker at the event, John Issa, chairman of the Duke of Edinburgh's Award Jamaica's Board of Trustees, said it was uplifting and inspiring to see young Jamaicans, who were good examples for the nation's youth, being honoured.

He noted that awardees had been infused with sound values, which "gives us hope for the future of our beloved country".

"I know that it's a great burden to place on the shoulders of these fine girls and boys. However, if they can influence their schoolmates for the better, and then those who they influence do the same, there will be hope that the next generation of Jamaicans will do better than the last," Issa said, urging the youngsters to make sure the values they learnt didn't stop with them.

The board chairman further pointed out that though the awards programme could not fix all of the country's social problems, it could contribute greatly to the solution.

He noted that despite Jamaica's economy being a serious problem, the social ills were far more damaging to the quality of life of citizens and were more difficult to solve.

"Therefore, any economic recovery programme which does not have, as an essential component, a recovery programme to deal with anti-social behaviour and illiteracy, among other social ills, will not improve the quality of life in our country in the long run," said Issa.

He lauded the 255 volunteers, whom he described as "heroes ... quietly working to make Jamaica a better place", who guide the 2,325 young people currently registered in the Duke of Edinburgh's Awards Jamaica.

Issa also thanked the Government for its ongoing support in schools and institutions and asked that the support continue to grow.

Parliamentary Secretary in the Ministry of Youth, Sports and Culture, Senator Warren Newby, said the awardees represented the better part of the cohort of Jamaican youth.

He said that although focus was often placed on youngsters who are unattached and engaged in anti-social behaviour, the majority of young people were producing, attached and focused.

He encouraged the awardees to go back to their communities and provide their peers with guidance and urged them to continue to serve their country well.

The awards programme, started in 1956 by His Royal Highness, the Duke of Edinburgh, German educator, Dr Kurt Hahn and leader of the first team to successfully climb Mount Everest, Lord John Hunt, exists in more than 100 countries. It has been operating in Jamaica since 1961.